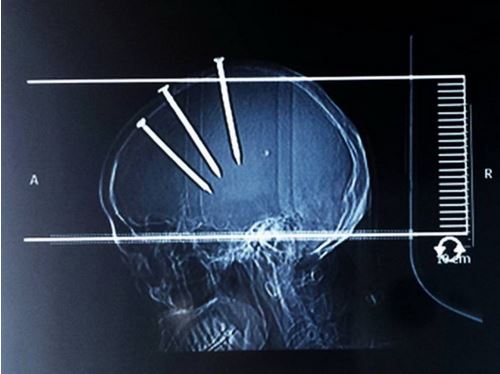 As you can see in the original X-ray picture, the nails were hammered through the man’s skull and into his brain.

Believe it or not… but after the surgery he totally recovered three months after the incident!

Although the man insisted that he had done the whole thing himself, hospital staff believe the injuries could have been inflicted by someone else because of their severity.

Thus, no arrest have been made in connection with the case. Moreover, he even asked not to call the police!