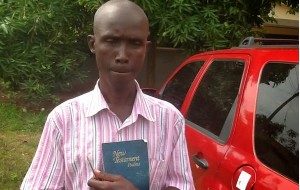 Agyare was arrested on January 5, 1994 in James Town and was kept on remand at the Nsawam prisons for 14 years without trial.

He was released in 2008 by Justice Quartey under the justice for all programme with the judge describing his continued remand as a breach of his fundamental human rights.
His lawyer, Francis-Xavier Kojo Sosu told Myjoyonline.com the arrest and remand without trial of Francis Agyare was illegal and in “flagrant breach” of his client’s right to “personal liberty” enshrined in Article 14(1) of the 1992 Constitution.
“His arrest was also in breach of the African Charter on Human and Peoples’ Rights,” he added.
Narrating the circumstances under which his client was arrested, Francis Kojo Sosu said Agyare was arrested in a swoop together with some 56 others in James Town.
He was wrongfully accused of robbery, subsequently kept on remand without trial for 14 years after one of the arrested persons, without any basis, identified him as an accomplice in a crime.
Kojo Sosu said the illegal detention of his client in no small way affected him as a person and even contemplated suicide after he was released.
“He is 46 but looks like a 90 year old,” he said, adding, his son, who was six years old when he was arrested, has now dropped out of school.
The plaintiff asked the court to declare that Agyare’s stay in the Nsawam prisons for 14 years without trial was a “breach of his fundamental human rights.”
He sought two million cedis as compensation.
But the court presided over by Justice Kofi Essel Mensah awarded him GH¢200,000 in damages.
Joy News’ Anny Osabutey who was in court reported the judge as saying that no amount of money would compensate for the injustice done Mr Agyare.