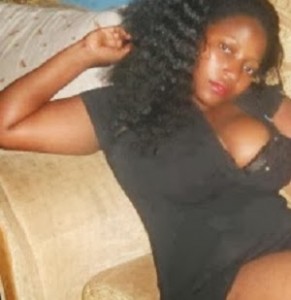 A Kenyan undergraduate has opened up on how she infected 324 men with HIV/AIDS and was still targeting 2000. She wrote her confession in her Facebook inbox, which she sent to a campus magazine, but warned them to hide her identity. I can only shout God have mercy after reading her confession.
Read her full message below:

”I see you people exposing scandals I also have a big one to tell just don’t expose my name” was her opening clause to Kenya Scandals. I’m 19 and a 2nd year here at Kabarak Uni, I joined this college a virgin though I have had boyfriends before, my parents are strict so having s*x was never on my mind. Sep 22nd 2013 is a day I will never forget, we went clubbing in town and got drunk with some senior students then went back hostels for party round 2, I remember less but I remember waking up nak*d to some guy called Javan with my P painful and knew he had s*x with me when drunk I only asked if he used a condom and he said yes, however when taking bath I noticed sperms down there, I wanted to commit suicide, I feared getting pregnant and HIV, took contras and hoped I was HIV free.

In November i tested HIV positive, I felt like cutting off my neck, I confronted that guy and he insisted he was clean that I got it from somewhere, I was so depressed and took alcohol to die, I even bought poison, the pain was just unbearable how was I gonna face the world, I let my parents down, I gave up on the world and just wanted to end my life”.
Something came up in my mind that I should revenge, I hated men and didn’t want to be near any, my future had been ruined, somehow someone had to pay, after private therapies and sessions I gained strength not even my parents, friends knew of my conditions even up to now, my life would then take a turn and depend on ARVs. I accepted my fate and promised to make all men I come across suffer, I know I am attractive and men both married n unmarried chase me left right and center, luckily my body has remained good and if anything my curves got better something you men like.
I buried the good girl in me and became the bad girl, my goal was to infect as many as possible so far since Dec up to now I have infected 324 men and I make sure to note down there list which I secretly keep when ill be on my death bed I will release it.
I know I have nothing left to do on earth but wait for my death but before I do, men will get it. My target is over 2k by the end of the year, pregnancy is out of question I am on contras so I just do raw which most men here love they don’t even question, my looks and body works greatly for me, I give it good. Of the 324 about 156 are students here at the college, the remaining are married men outside, lecturers, lawyers, some celebs and 3 politicians. Not a day passes without me having sex, mostly 4 people per day”
She goes to conclude, “i know this story will get people talking but nothing will stop me from accomplishing my mission by continuing to sleep around, you never know but maybe you have slept with me or your husband, boyfriend, brother, father or any has slept with me and I never allow condom go have HIV test and for those who haven’t and here in Nakuru or outside, your day is coming, you men destroyed my life and I will make you and your people pay for it. I don’t have any regrets at all, I am gone for now, I have had one today and got two more men lined up to receive it.”
she daringly sums up her confession.
AdvertisementClick Here To Join The 10,000 Naira Giveaway For 100 People!