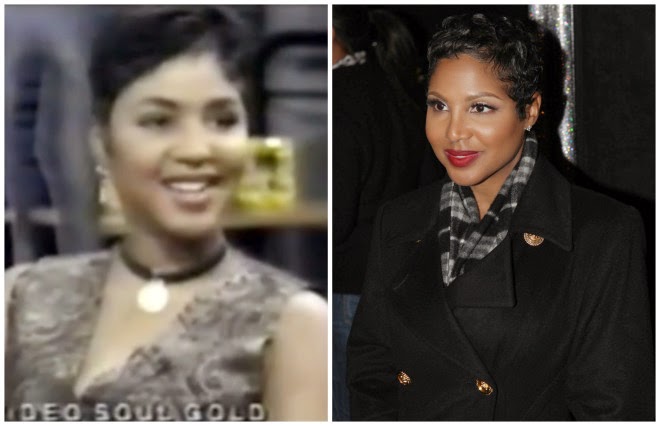 Toni Braxton: Like her sister Tamar, Toni also got a few minor adjustments on her face. She admits to a nose job and slight face lift, but says she doesn’t plan on taking it too far. Hopefully, that means she’s done. 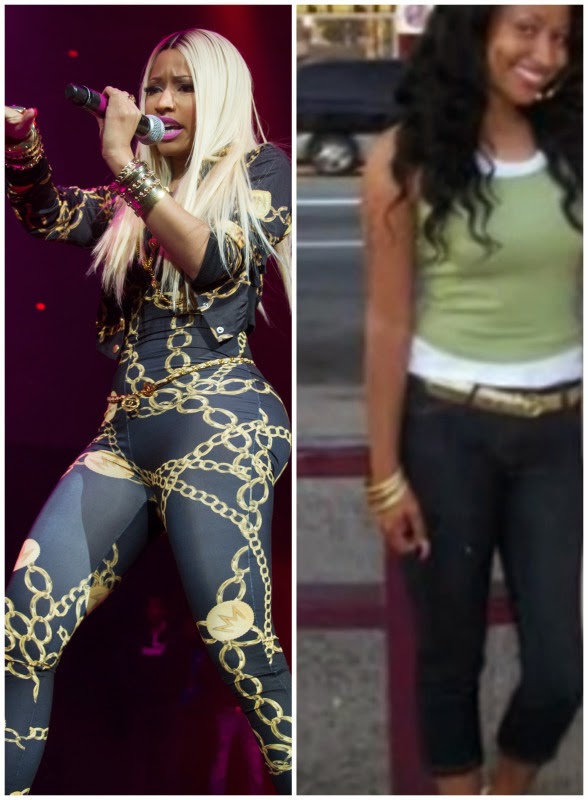 Nicki Minaj: The rapper, who many say are just as fake as Lil’ Kim, has gotten numerous surgeries since earning some cash and fame. We know she’s gotten surgery on her butt, boobs and maybe her face, but we hope she doesn’t go any further. 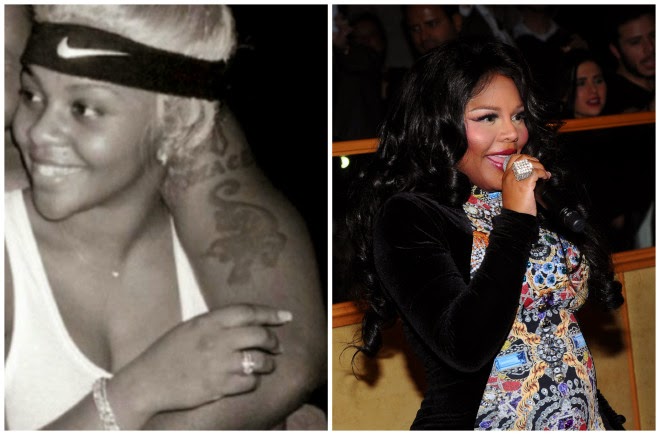 Lil’Kim: . We don’t even want to think about how many surgeries she has at this point, but she’s becoming unrecognizable. 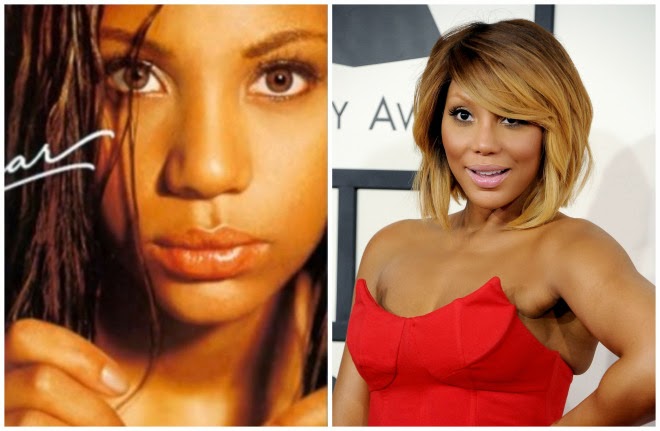 Tamar Braxton is not ashamed of her affinity to plastic surgery and talked about her nose job in countless interviews, but the “Love And War” singer looked cuter *before* the knife. 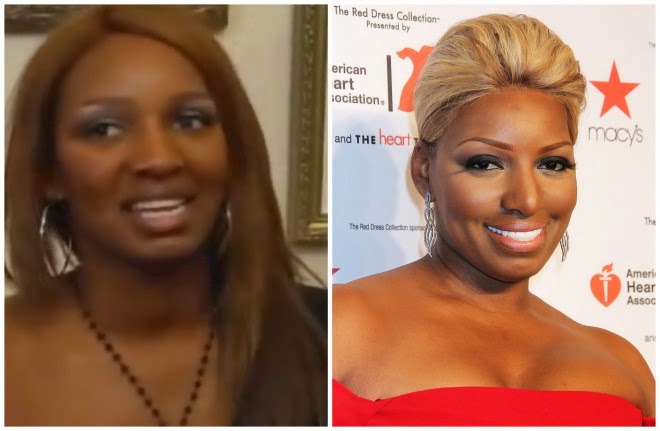 Nene Leakes is the primary example of an ordinary person going straight to a doctor to get pulled, tucked and shaped once they get that first fame check. The reality show star even took “The Real Housewives of Atlanta” cameras to her nose job appointment. 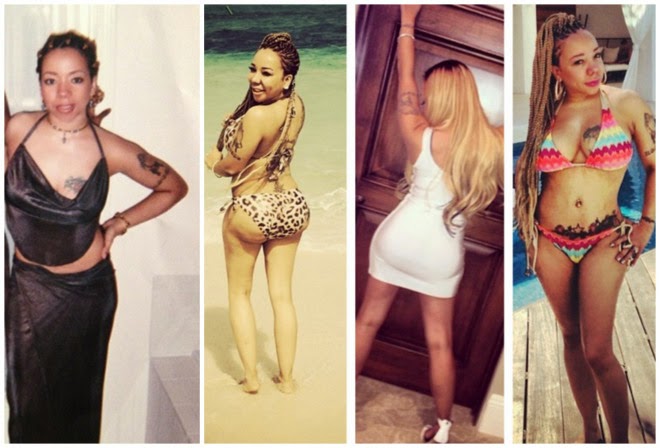 Tiny is the latest celeb to admit that her adjusted look is from a plastic surgeon. T.I.’s wife went on “The Wendy Williams Show” and spilled the beans on her surgically enhanced boobs and tush. 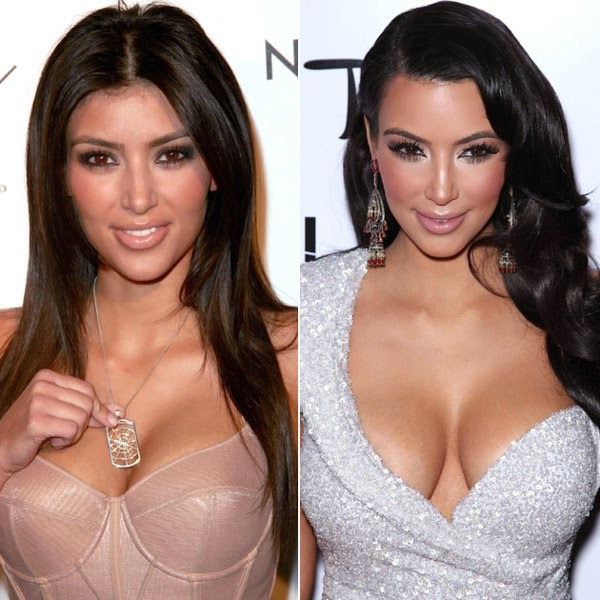 Don’t you remember when Kim first came on the scene as the sexy Armenian girl? Well, after a few nose surgeries and some botox, Kim’s Armenian features are harder to see. 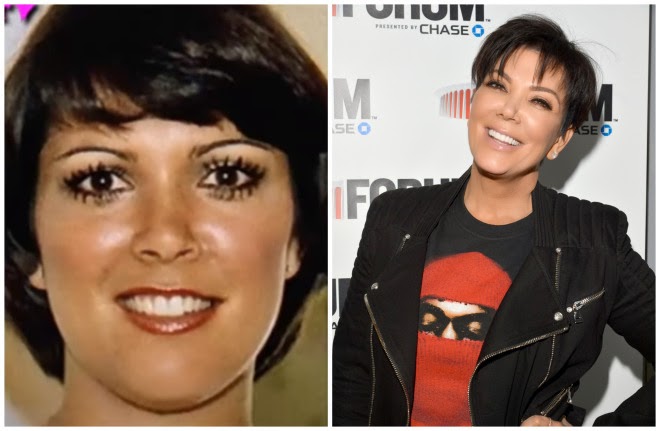 Of course Kim gets it from her mama (the love for nip tucking, that is). One of the best parts of “Keeping Up With The Kardashians” is seeing their home videos and seeing Kris back in the day, before Kim’s sextape fame, has us thinking how much better she looked back then. Now, she just looks scary with her numerous botox injections. 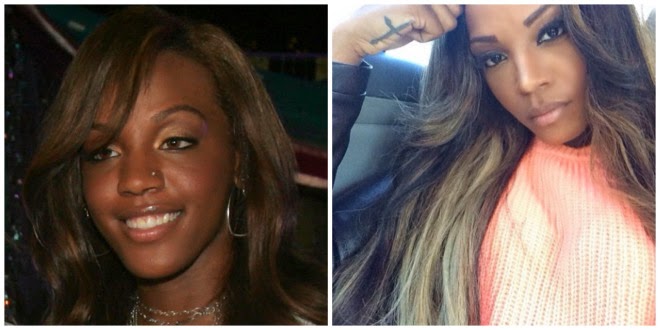 Fans fell in love with Dawn Richard when she first burst onto the scene as a “Danity Kane” member. But, a few bloggers and the same fans on Twitter and Instagram called her out on the slimmer nose they saw in a series of photos she posted from a shoot. 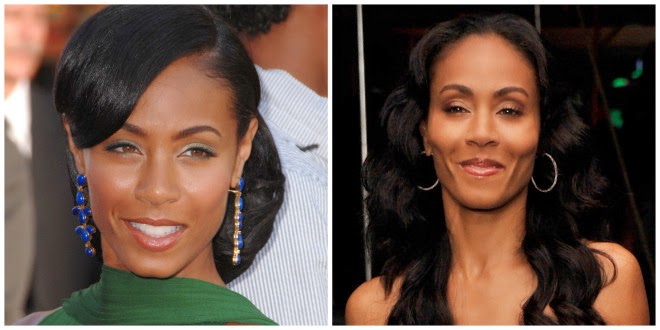 Jada Pinkett Smith always had a slim figure, but as she got older, we noticed how high her cheekbones got. 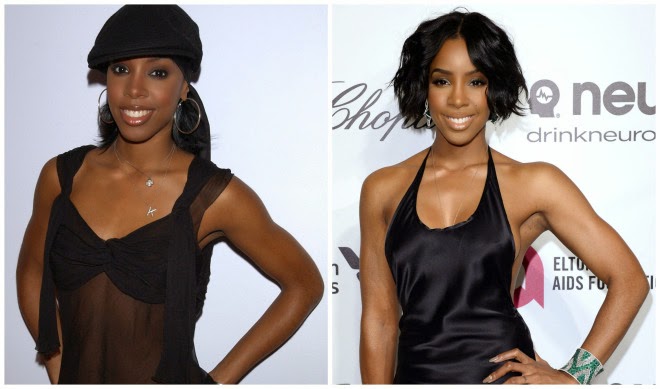 Kelly Rowland: Both Kelly and Michelle were known in “Destiny’s Child” for their slimmer figures. After breaking free from the group, Kelly got a boob job and she’s said she has no regrets about about her new C-cup chest. 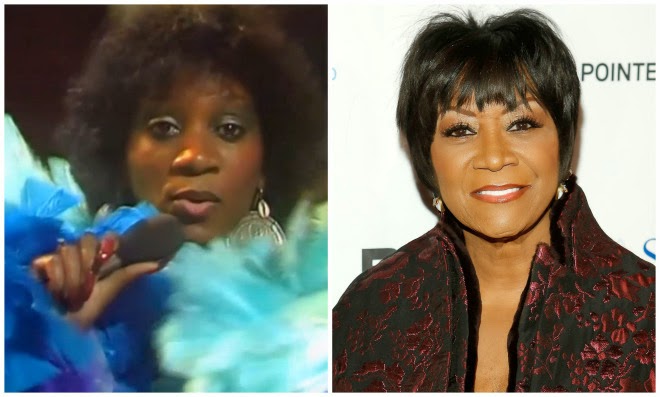 Patti Labelle: Yep, even Ms. Patti went under the knife! The singer openly admits to her nose job. 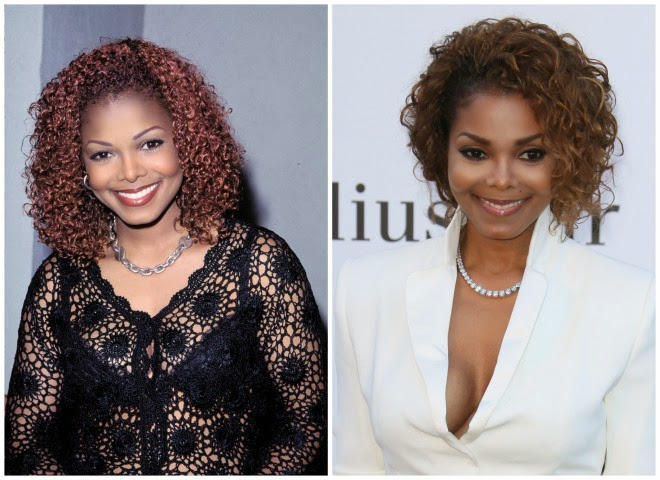 The iconic singer and actress is a Jackson, and we all know the Jacksons’ affinity to plastic surgery. Janet has gotten more than one adjustment on her face and body. 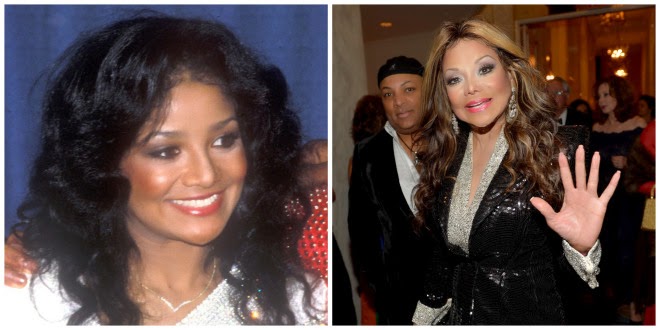 The fifth child of the Jackson family has also gotten several facial adjustments. We could barely recognize this picture of La Toya from 1981 without her nose job and numerous face lifts. 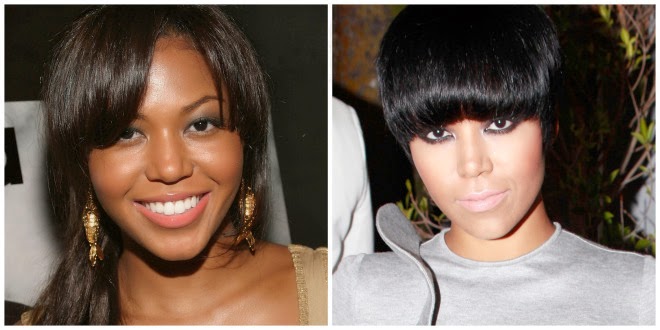 Amerie: We can’t help but notice that the singer has been rocking a different kind of look. She’s sporting a new short ‘do, but also a skinnier nose. 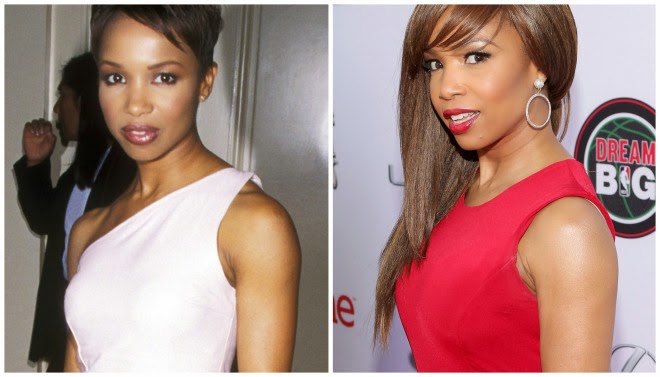 The “Hustle & Flow” actress has always been a sexy actress, but she did admit to getting breast implants for a curvier shape. 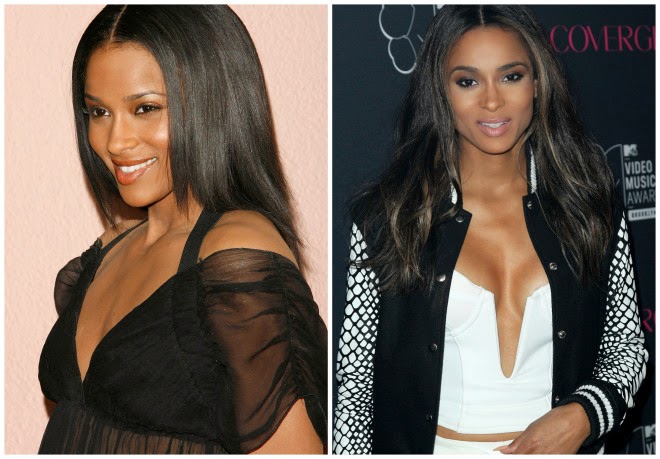 Ok we know Ciara is a grown mamma-to-be now, but even before she was expecting her chest magically got much bigger than it was in her “Goodies” days. 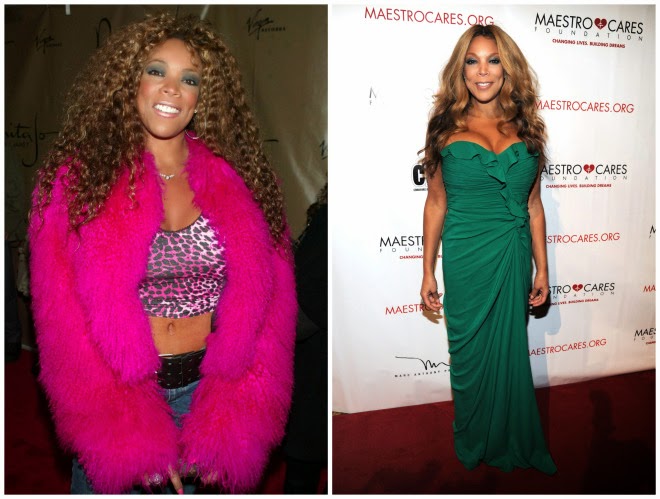 Wendy is known to embrace the less, ahem, natural side of fame. Her love of wigs is well known known, her nose has changed shape and she’s also pretty vocal about her her liposuction and tummy tucks 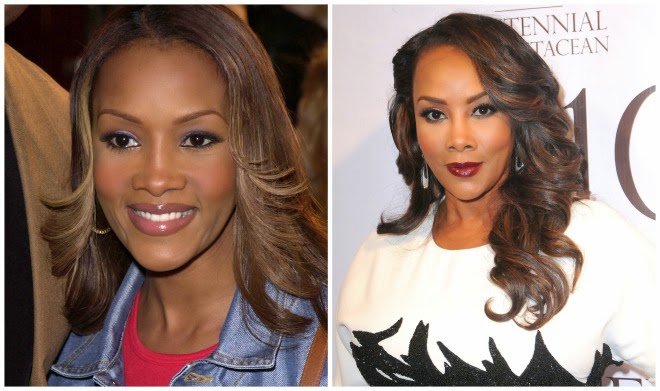 The “Two Can Play That Game” actress has always been the sexy woman next door to us, but whatever she’s doing to her face these days is actually making her look strange. Leave it alone! 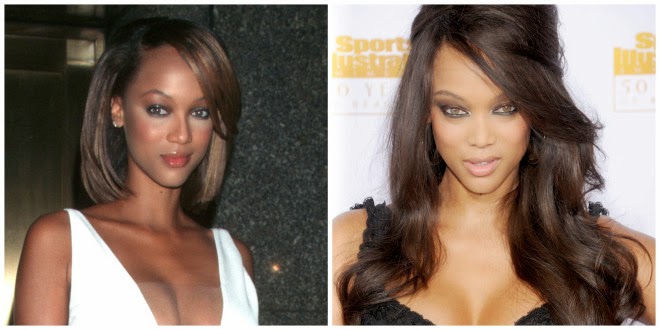 The iconic supermodel advocated heavily for young girls to accept themselves. But, Tyra may have gotten a slight nose job for a little confidence boost. 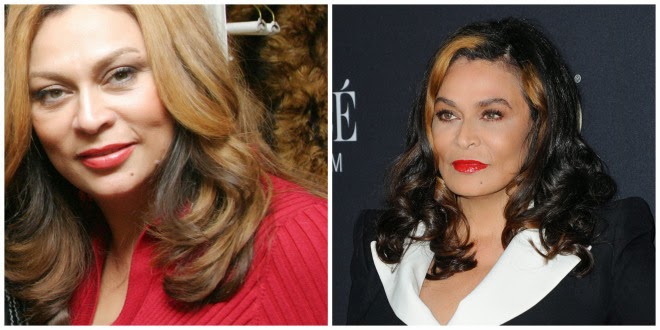 We all know Beyonce is the Queen, but Mama Knowles is perched as well! Ms. Tina shares the spotlight with her daughter, so it would only be natural to get a little face lift to keep things, er, perky? no? 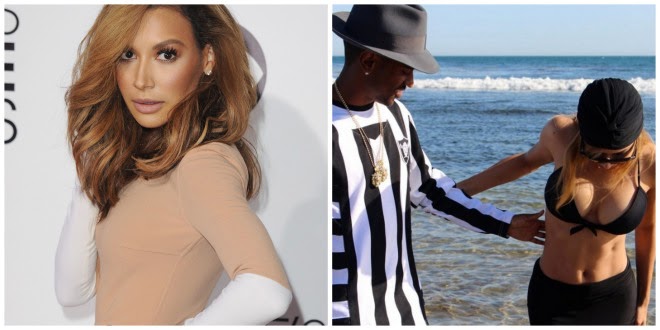 The “Glee” star recently posted this pic of her and fiance Big Sean on the beach and had many of her fans calling her out for (presumably) having a boob job. We’re just wondering when she had time to recover? Dang, girl.