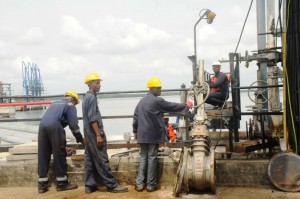 He also said that despite the security challenges, exploration was going on in seven basins within the region aside the Chad basin and that aero magnetic data had been gathered from the geometric survey department of the corporation.

Yakubu stated this while defending the 2014 budget of the agency before the Senate Committee.

“In line with government’s aspiration of opening up known oil sedimentary basins for exploration, a seismic acquisition contract was awarded in 2010 in respect of the Chad Basin.

“Several other studies as well as community projects are ongoing in the same basin. The low performance in the Chad Basin was as a result of the insurgencies in the region. However, work is progressing.

“There are seven other basins apart from the Chad that we are exploring. What we did last year was to acquire the aero magnetic data from the geometric survey department. We have Yola, Bida, Sokoto, Dahomey and others.

“The main focus, a result of an extensive geological study that was done a couple of years ago, is on the Chad basin. It has 13 phases and we are in phase six.”

He said the projection for 2014 daily production was 2.448m barrel per day and that “it is realistic in spite of the security challenges.

“We have the capacity but we need additional investment to address the security breaches.”

He said the 2014 budget assumptions was based on “average daily oil production of 2.488 million barrels per day, average natural gas sales forecast of 3.306 BCFD, average crude oil price of US$77.50 per barrel, NNPC weighted average equity share of 58.65%.”

Commenting on the ongoing fuel scarcity, he said “we have a full team right now in Lagos. Last week, the team was in Abuja.

“We went round to get strategic reserves released to the stations and were able to reduce the fuel queues.

“We shifted to Lagos at the weekend. We have injected quite a lot into the Lagos market. All the marketers, the DPR, the PPRA, NNPC, and the PPMC have a very strong team out there to ensure that the deliveries are made.

“Offshore, we have some vessels that had not been offloaded into the tank farms in Lagos and a lot of supplies have gone into most filling stations.” [Vanguard]