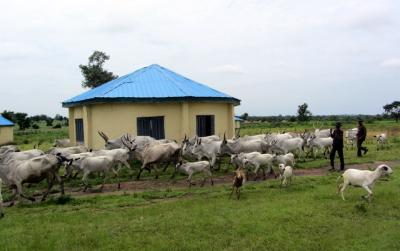 The Federal Government on Friday inaugurated a technical committee on grazing reserves in Nigeria.

According to the government, the committee would work out modalities for establishing additional grazing reserves across the country to forestall future clashes between herdsmen and farmers.

It also mandated the committee to produce a report on how to address the challenges within two weeks beginning from Friday.

The Minister of Agriculture and Rural Development, Dr. Akinwumi Adesina, who formally inaugurated the committee at the ministry’s headquarters in Abuja, said the committee was made up of representatives from the Federal Ministries of Environment, Works, Science and Technology, Interior, and Water Resources.

Other representatives include officials from the National Orientation Agency, International Institute of Livestock Agency and commissioners of agriculture from the affected states, amongst others.

Adesina said there was need for additional reserves as rising urbanisation had encroached into most of the grazing lands in Nigeria.

He observed that livestock farmers were increasing the pressure on grazing reserves, adding that herdsmen from Chad and Niger often migrate into Nigeria to deplete the already limited grazing sites.

He said, “Another challenge we face with respect to our grazing reserves is the issue of climate change. Herdsmen, as a result of climatic changes, are forced to move down south with their cattle.

“And in addressing these challenges, there are short, medium and long term solutions. This committee will look at all of them and given the urgency of the matter, the committee does not have more than two weeks to come out with its report”.

Adesina stated that 415 grazing reserves were Nigeria while 141 of the sites had been gazetted, and stressed that additional grazing reserves would help curtail the ugly clashes between herdsmen and farmers in most states of the north.

In her remarks, the Minister of Environment, Mrs. Laurentia Mallam, said the setting up of the technical committee was approved by Vice President Nemadi Sambo about three weeks ago.

She urged state governments and communities involved in areas where grazing reserves would be established to cooperate with the Federal Government in ensuring that the establishment process was hitch free.