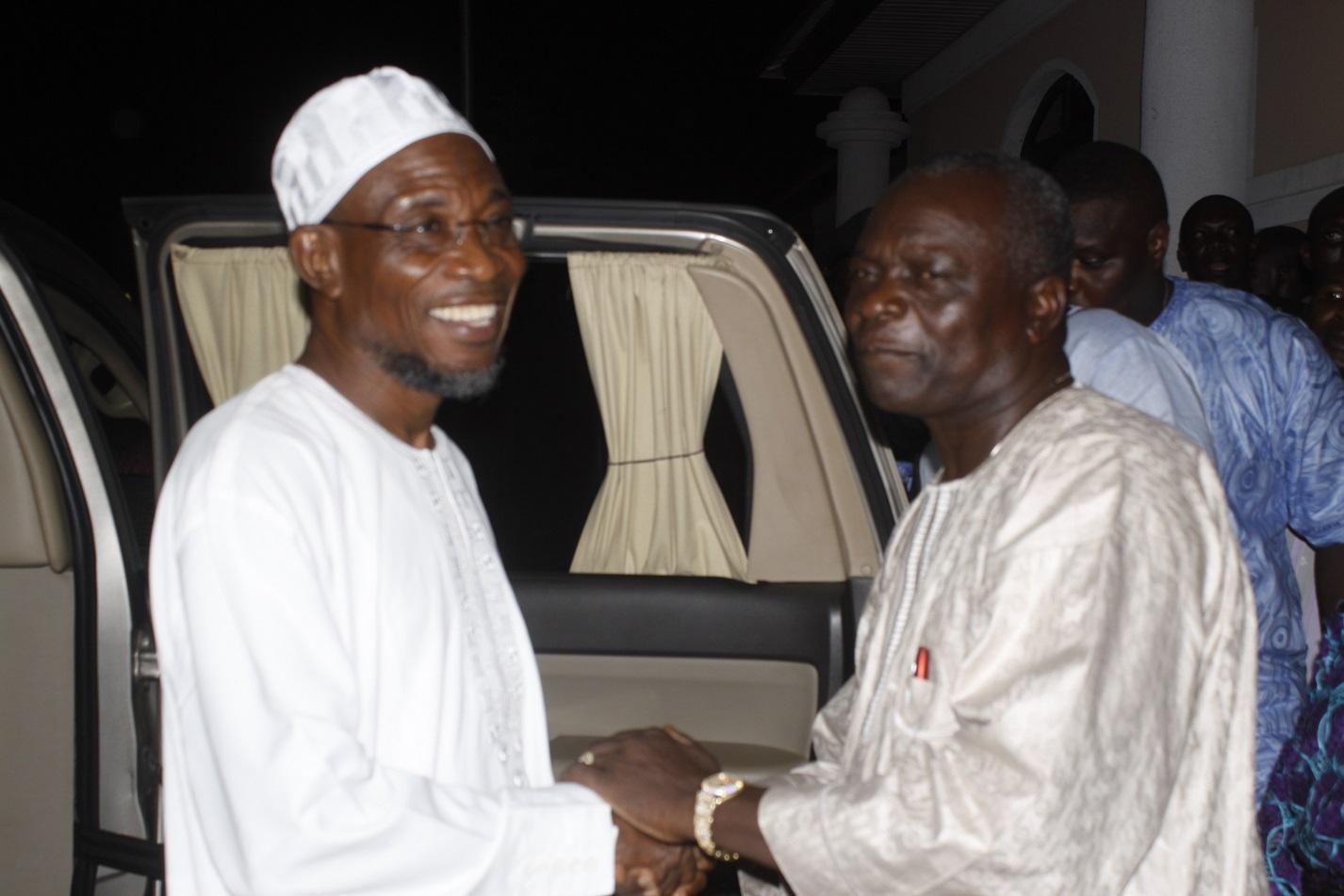 Former Deputy National Chairman of the Peoples Democratic Party, Alhaji Shuaib Oyedokun, has faulted those criticizing Governor Rauf Aregbesola’s visit to his predecessor in office, Prince Olagunsoye Oyinlola, saying negative meanings should not be read to the meeting.

Gov. Aregbesola had visited Oyinlola at his Okuku country home on Monday night where they held a closed-door meeting that lasted less than an hour.

Oyedokun, who made his views known in a statement issued by his media aide, Mr. Olalere Fagbola, and made available to journalists in Osogbo on Thursday, said political competition should not be seen as enmity, adding that politicians could make friends across political divides.

The statement read, “I commend Prince Olagunsoye Oyinlola for the open arms with which he received Governor Rauf Aregbesola to his home last Monday. The gesture is a civilised one and a clear demonstration of spirit of patriotism.

“Contrary to insinuations being made in certain quarters, the action has further corrected the wrong impression of the party as an abode of political Philistines. The PDP is proud of the statesman posture by Oyinlola.

“It is regrettable that only in Nigeria are people prone to draw negative lines between political opponents. Nigerians should begin to imbibe the same display of patriotism by President Goodluck Jonathan who recently commended General Muhammdu Buhari for his statesman-like views on terrorism and insecurity”.

Oyedokun, who is also the Chairman of the Elders Committee of the PDP in Osun State, warned members of the party to beware of people who are “deliberately misinterpreting party’s directives with a view to causing disaffection”.