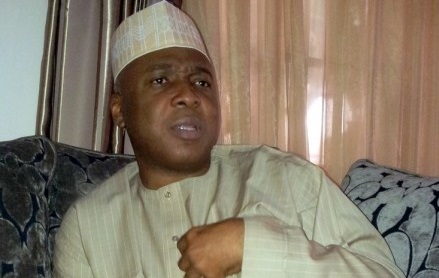 Former Governor of Kwara State now Senator representing Kwara Central in the National Assembly, Dr. Bukola Saraki, has said that the quest of President Goodluck Jonathan and the Peoples Democratic Party to recapture political power in Kwara State is tantamount to a mirage.

The president and PDP leaders have had cause in recent times to reiterate their desperation to capture Kwara from the All Progressives Congress, APC, following the defection of Senator Saraki and Governor Abdulafatah Ahmed, along with their supporters to the opposition party.

The ex-governor, who spoke during the state congress of the Kwara State chapter of APC in Ilorin on Saturday, said PDP cannot recapture power from APC in the state, just as he stressed that APC will win all the elections in the state in 2015.

He said, “Do not let anybody to come and deceive you here in Kwara State. This is the party (APC) that will bring succor to Kwarans. This is not a party of promises. This is a part of performance. It is only Kwarans that will repair Kwara. Abuja cannot come to Kwara. Abuja is too busy with Abuja problem.

“Every ward, every local government should deliver APC here in Kwara State. There is no room for anyone else here in Kwara than APC. This time around 2015, we will reenact what we did in 2011. I believe that with the team we have, we will succeed by God’s grace”.

At the state congress, former Kwara PDP Chairman, Alhaji Ishola Fulani-Balogun re-emerged as the chairman of the state APC by polling 1,261 votes.

Similarly, a former Kwara State PDP Secretary, Mr. Yemi Afolanya, emerged as the secretary of APC in the state with 1261 votes.

Information Nigeria reports that both Fulani-Balogun and Afolayan were interim chairman and secretary respectively of APC before the state congress.

The 35 officials of the party emerged as single candidates while 1,264 delegates from 193 wards in 16 local governments of the state participated in the state congress.