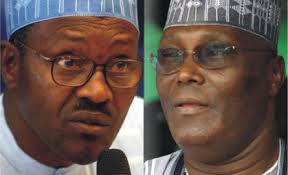 Former Head of State, General Muhammadu Buhari (rtd) and former Vice President, Alhaji Atiku Abubakar have been advised to bury their perceived presidential ambitions in order to widen the chances of the All Progressives Congress (APC) winning the 2015 presidential elections.

The advice was given by the interim chairman of APC in Kaduna State, Dr. Hakeem Baba Ahmed at a public lecture organised by the Faculty of Arts, Ahmadu Bello University (ABU), Zaria.

The former INEC scribe, who delivered a lecture titled “The Role of the Citizenry in Ensuring Free and Fair General Elections in 2015 in Nigeria and its Implications for National Cohesion”, said APC’s capacity to participate in the general elections would be tested in its ability to provide a level playing field for its aspirants.

Baba-Ahmed noted that since there is the general belief that APC cannot lose in a credible election, the best chances for success for the opposition party lies in the manner it comes to terms with its own internal challenges, and the way it manages sensitive issues such as the ambitions of some of its leaders.

His words: “The chances of the APC in replacing the PDP will be intimately linked to the manner it allows intra-party democracy and the choices it makes in terms of who flies its flags. If APC picks General Muhammadu Buhari to contest as its candidate, it is certain that President (Goodluck) Jonathan will run against him.

“This will ultimately create a very bitter and dangerous campaign, electioneering and the possibility of a hotly-contested electoral outcome, and may even result in post-election violence. If neither of them are candidates, and the APC does not field Atiku or any of the other ex-PDP titans presently in its fold, the nation may have an opportunity to vote for candidates with lighter baggage from their past”.

The APC chieftain, however, warned his party members that President Jonathan would be an asset to his ambitions and the PDP if the opposition fields a candidate whose weak points would be exploited by faith, ethnic and geo-political sentiments.

Painting what looks like a gloomy picture, Baba-Ahmed said between some of President Jonathan’s kinsmen, who say win or lose he must be president until 2019, and many of Buhari and APC’s supporters, who think the former military ruler and his party are now unbeatable, the nation is confronted with a frightening future.