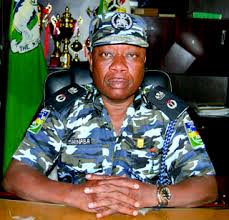 Ahead of the forthcoming local government elections in Kano State, the state police commissioner, Alhaji Adenerele Tasheed Shinaba, yesterday, warned potential trouble makers, especially ballot box snatchers to stay away from polling stations during the exercise if they do not want to get shot by police officers.

Shinaba, who gave the warning at a meeting with representatives of political parties, said he would do everything possible to ensure that the poll is hitch-free and credible.

“I’m not going to tolerate any form of rigging because I’ve been told that election is not a joke in Kano state. We are going to deal ruthlessly with election manipulators.  I’ll order the shooting of ballot box snatchers”, he said.

While reiterating the preparedness of his command for the highly anticipated election which is scheduled for May 17, the police boss urged politicians in the state to rein in their supporters.

“Democracy is meant to bring development all over the world. It is not meant to bring about violence. So you must play the game according to the rules guiding it. The forthcoming election is a serious business, it is a business that can make or mar the fortunes of the state”, he said.

In their separate responses, representatives of All Progressives Congress (APC) and those of the Peoples Democratic Party (PDP) commended the police commissioner for his neutral disposition even as they pledged to enlighten their supporters before the election.