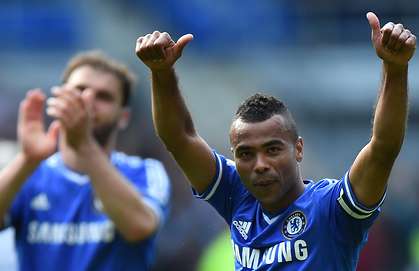 Former Manchester United defender Paul McGrath believes it would be a good move for his former employers to sign Chelsea full-back Ashley Cole providing he can prove his longevity, reports talkSPORT.

Cole – who is out of contract this summer and currently earns around £120,000-per-week in West London – strongly hinted that he would be leaving the
club last night, thanking the club’s fans via his Twitter account and confirming that he and his agent were looking over other playing options for next
season.

“I would have Ashley Cole every day of the week because since he has come back [into the Chelsea team] he has been a revelation. He has been a
brilliant player for Chelsea,” former Republic of Ireland international McGrath – who became a fan’s favourite at Old Trafford during a six-year spell at Manchester United between 1982-89 – said on Tuesday morning.

“That would be a good move, if you could somehow guarantee that he would be able to play the games.”

Despite his advancing years and declining reputation, former England international Cole could potentially fulfil a key role at Manchester United if
indeed the Red Devils were to offer him a contract.

With Patrice Eva set to depart the club with his own deal set to expire in a few weeks time, Louis van Gaal – who was appointed as Manchester United’s next
permanent manager yesterday – will likely be on the lookout for a new left-back in the coming months.

While Cole’s age – he is actually a few months older than Evra – would only make him a short-term solution, the 33-year-old boasts a wealth of experience at the top level and could surely do an
adequate job of filling in before Van Gaal is able to identify a long-term replacement.

Manchester United fans, do you think it would be wise to move for Cole?