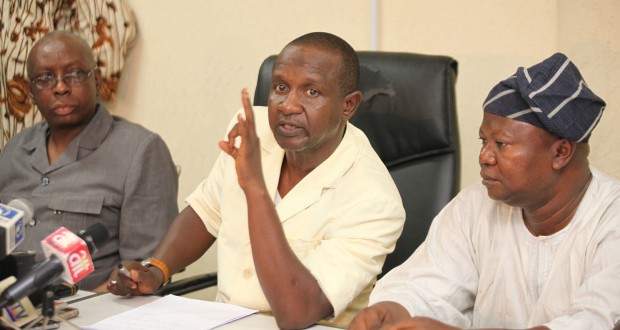 The Academic Staff Union of Universities (ASUU) has blamed the security challenges bedeviling the country on Nigerian leaders’ inability to provide responsible governance and quality education in the country.

ASUU National President, Dr. Nasir Fagge, made the observation in his welcome address at the opening ceremony of the 18th national delegates conference (NDC) of the union, which held at the University of Ibadan.

Fagge also called for a total revamp of the country’s economic model, which he noted, “allows for wholesale stealing under the guise of privatization”.

He stressed, “The political landscape is increasingly becoming intolerant and desperate; this is unhealthy for the polity. We believe that the Nigerian people are not being presented with sufficient options to choose from. The same crops of crooks are recycling themselves from one party to another to scramble for power.

“We cannot keep doing the same thing and expect a different result. The ruling elites have systematically edged-out the people from governance equation. This crop of looters in garb of rulers pretending to be leaders cannot create the Nigeria of our dreams.

“We have a huge burden of responsibility to raise the consciousness of the people to demand for power through a legitimate and transparent electoral process”.

According to the ASUU leader, the socio-economic inequalities arising from the pervasive corruption in the country have bred all sorts of tendencies and subcultures hitherto alien to Nigeria.

“Why is it that our rulers are not only taking us for granted, but are openly contemptuous of us? Why is it that none of the arms of government in the country gives a damn about corruption and recklessness in our land?” he queried.