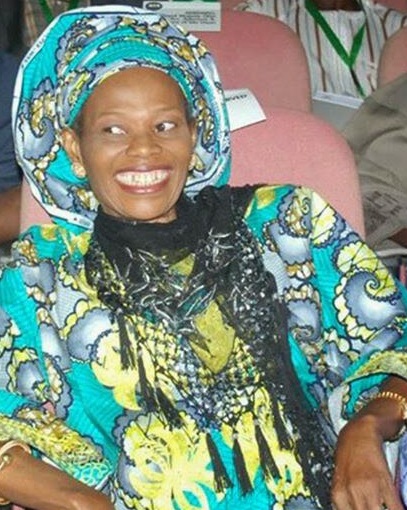 The media aide to former Information Minister, Prof. Dora Akunyili, Isaac Umunna, has dispelled reports circulating on social media that the she had passed on

“My attention has been drawn to the rumour circulating on social media claiming that immediate past Minister of Information and Communications, Prof. Dora Akunyili, is dead.

“I have also received several enquiries in this regard”, Mr. Umunna said in a statement on Friday.

He said the rumour was not only “baseless, but also the height of wickedness”.

Recall that the former minister disappeared from public view for some time only to reappear as a delegate at the ongoing National Conference in Abuja looking frail and emaciated – a development that sent the rumor mills running with stories that Mrs. Akunyili was suffering from an incurable ailment.

Following the outpour of public sympathy and various reasons adduced for her present physical state, Mrs. Akunyili thanked Nigerians for their show of concern, adding that she had recovered from an undisclosed ailment and was declared fit by her doctors to withstand the rigors of the National Conference.

However, her health reportedly deteriorated last Friday and had to be flown to India on Sunday to seek further medical attention.

In his statement on Friday, Mr. Umunna said, “I spoke with Dora’s husband, Dr. Chike Akunyili, and her brother, Dr. Francis Anayo Edemobi, both of whom are with her in the hospital, and they both assured me that she is responding to treatment. The conversation took place from 2:20 this afternoon and lasted for some minutes”.

He also affirmed that Mrs. Akunyili fell sick over the weekend and was first attended to by her doctors in Abuja but had to travel to India on Sunday on the advice of the doctors for further medical attention.

“She is grateful to Nigerians for their prayers and remains confident that Almighty God will hear our prayers and grant her quick recovery.

“The public is advised to disregard any rumours or reports to the contrary. Those engaged in spreading this satanic rumour should desist. What Prof. Akunyili need at this time is not prophesies of doom or alarming false reports about her health condition but continued prayers and best wishes”, Mr. Umunna said.