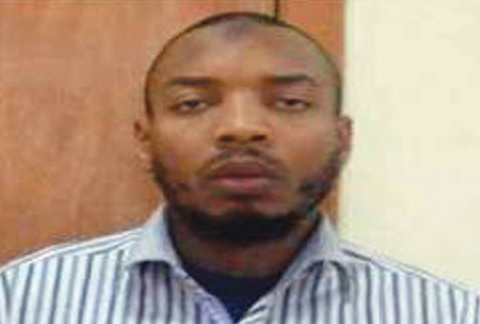 The Federal Government has said efforts to extradite the suspected mastermind of the deadly bomb blast in Nyanya, an Abuja in April, Sadiq Ogwuche, from Sudan, is in progress.

The government said the process of his extradition was being handled by the International Criminal Police Organisation, also known as INTERPOL.

It stated that the process is a long drawn one, which requires a lot of paperwork and tendering of evidence to show that the suspect was indeed involved in what he was being sought for.

This was the position of the Director, Public Communication, Ministry of Foreign Affairs, Amedu Ogbole-Ode.

Ogbole-Ode said the process of bringing back the suspect to stand trial for his alleged crime, would be completed when all the necessary formalities had been completed.

He said, “I am not aware that Sudan is frustrating the repatriation of Ogwuche; all I know is that the process of bringing back the suspect is being handled by the INTERPOL and it is a government-to-government thing.

“I am not aware that Sudan is blocking Ogwuche’s repatriation. The process requires a lot of paper work and tendering of court papers and evidence to show that the suspect committed the crime for which he is being sought for. I believe the process is ongoing”.

It would be recalled that the State Security Services, SSS, had declared Ogwuche, a Nigerian Army deserter, and son of a retired army colonel, wanted alongside another mastermind of the Nyanya blast, Abubakar Tsiga, who has gone underground as the manhunt for him intensifies.

Ogwuche was subsequently arrested in Sudan, while the INTERPOL commenced moves to bring him back to stand trial for his alleged involvement in the April 14, 2014 motor park/bus stop bombing in Nyanya, which has been described as the deadliest bombing yet, in the nation’s capital, as it left over 70 persons dead and several others injured.