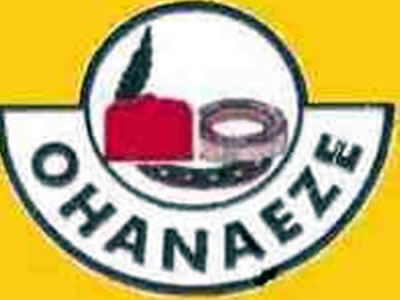 The pan-Igbo socio-cultural group, Ohanaeze Ndi’gbo, has thrown its weight behind the purported plan by the Imo State Government to register northerners in the state and issue them identity cards.

Shortly after soldiers arrested 486 northerners suspected to be Boko Haram members in Abia State and the eventual identification of a wanted key member of the sect among the travelers coupled with the failed bomb attempt on a popular Pentecostal church in Owerri, there were reports the Imo State Government had proposed issuance of identity cards to northerners in the state as a way of preventing insurgents from infiltrating the state.

The uproar that greeted the plan, prompted the Senate and the apex body of the North, Arewa Consultative Forum, ACF, to criticize the registration exercise.

The upper chamber, on Thursday, specifically called on President Goodluck Jonathan to direct that security agencies must not join the state government to carry out the exercise and called on Okorocha to stop the policy forthwith.

Gov. Okorocha, through a media aide, had said that there was no iota of truth in the report that northerners in the state were being registered and issued identity cards, adding that the rumor was sponsored by desperate Imo politicians based in Abuja.

However, speaking on the development, the National Publicity Secretary, Ohanaeze, Chris Oganah, said the national identity card scheme was not enough in preventing terrorism.

Oganah, who stated this on Friday, said each state should have a database for residents “for planning purposes”.