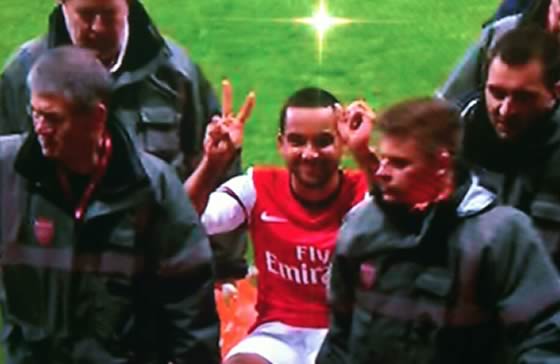 The England International who is recovering from a knee injury is delighted with Sanchez joining the club.

Theo believes him and Sanchez on the flanks would work in tandem to cause massive destruction to opposition teams.

“With me and him on the flanks, a lot of teams won’t be looking forward to playing Arsenal this year!”, he said.

“There’s a great buzz around the club at the moment. He is a marquee signing and something that the club has pushed on to: first you had Ozil and now it’s Sanchez. Who knows where it is going to
stop?”