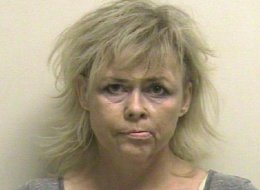 Police in Provo, Utah, have arrested a 46-year-old woman accused of attempting to buy methamphetamine from an off-duty police officer and claiming the purchase was a birthday gift for her sister.

A police report shows Heather Rodriguez was arrested Monday evening after she approached the off-duty officer and displayed a glass pipe.

Authorities say she then told police she was trying to buy methamphetamine for her sister’s birthday.

Records say she also told police the pipe was not hers and she was holding it for a friend.

The Daily Herald reports Rodriguez was arrested and booked into the Utah County Jail on several drug charges. Officials at the jail did not know if she had an attorney.