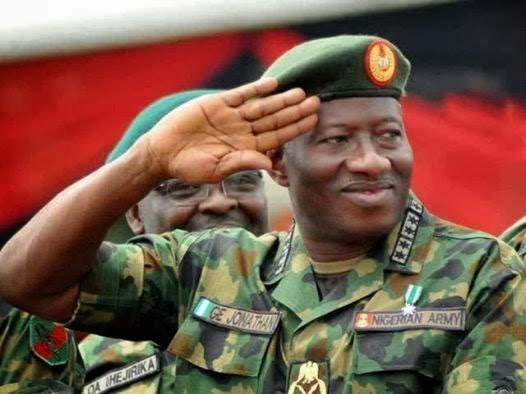 President Goodluck Jonathan on Thursday evening vowed that he would lead Nigerians to defeat the Boko Haram sect that has been unleashing terror on parts of the country.

“Fellow citizens, we will defeat terror and I will lead Nigerians to achieve this”, the president declared at a fundraising dinner where over N58bn was raised for the Victims Support Fund.

The event held at the Banquet Hall of the Presidential Villa, Abuja was meant to raise fund to provide relief and succour for all those who have been adversely affected by terrorism and insurgency in the country.

Jonathan said the fact that his administration set up the fund did not mean that it had succumbed to the threat of terror, maintaining that the Federal Government would not allow evil to prevail over good in the country.

He said although the country was passing through some challenging and tough times, these times would not last.

President Jonathan stated that “The fact that we are setting up a victims support fund does not mean we have accepted that terrorism is here to stay. No! Never!

“Rather, this is just one of the short-term measures on our overall strategy against the enemies of peace and progress.

“We will not allow evil to overcome good. No! We will not!! I understand perfectly that millions of Nigerians are worried about the threat of terror in our country.

“It is a new phenomenon that took us virtually unawares. I never once thought that I would, in my lifetime, hear of Nigerians strapping bombs to themselves and blowing up innocent people. We would have saw sworn that it is impossible!”

Jonathan said Nigeria would come out of the current challenges a tougher and better nation, even as he added that all options are still on the table to secure the release of the abducted Chibok schoolgirls.

He said: “We will come out of this tougher and better nation. In these trying times, we have seen Muslims and Christians, Northerners and Southerners, men and women, and Nigerians from all walks of life rise up in unison to condemn the terrorists”.