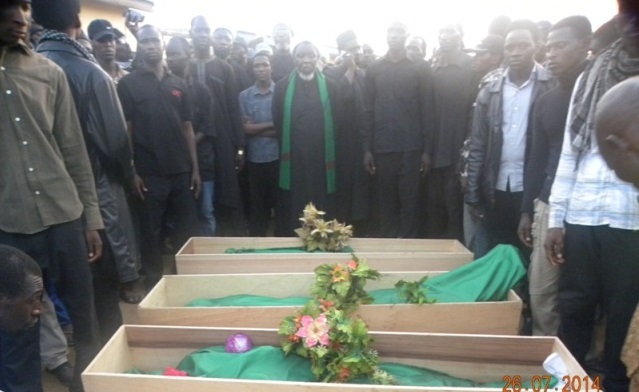 The need to calm the situation in Zaria city after the recent encounter between soldiers on routine patrol and members of Shiite Islamic sect in PZ, Zaria, last Friday, informed the initial taciturn posture of the military authorities on the issue, a press release by the Defence Headquarters has said.

The statement, issued by the Director of Defence Information, Maj-Gen. Chris Olukolade, said a preliminary investigation was initiated to unravel the circumstances surrounding the unfortunate incident.

It stated that while not downplaying the significance of such incident, it was also necessary to ensure that sufficient information was obtained beginning from the unit level and other reliable sources at the location.

“An enquiry is subsequently ongoing at the Divisional level.

“Although the report of the preliminary investigation at the unit level has vehemently contradicted some of the issues raised by the leader of the group, in his statement, especially on the allegation of extra judicial killings, the higher Headquarters is conducting additional investigation on the incident to ascertain the claims in the preliminary reports from the unit level.

“In spite of the preliminary findings, the importance placed on the respect for Human Rights in all military operations, activities and interactions, has prompted the additional steps presently being taken to ascertain the true situation”.

The Defence spokesman said the higher level of military enquiry is with a view to unmasking the remote and immediate causes of the incident and to identify anyone found culpable.

Maj-Gen. Olukolade gave the assurance that those apprehended during the incident are being interrogated.

“The Defence Headquarters deeply commiserates with the families of those that lost their lives in that unfortunate incident, especially the leader of the group who was reported to have lost his sons.

“Indeed, his present disposition is understandable as it is pathetic. No effort will be spared to ensure necessary justice on this matter”, the statement concluded.

It would be recalled that the Shiites, under the banner of Islamic Movement in Nigeria, were on a procession to mark the annual Quds day in Zaria, Kaduna State, when they had an altercation with soldiers which left no fewer than 30 of them killed including three sons of the leader of the group, Ibraheem El-Zakzaky.