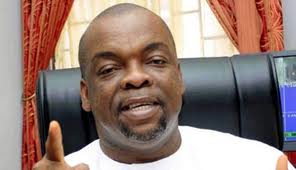 The Minister of Labour and Productivity, Chief Emeka Wogu, yesterday, said the Nigeria Railway Corporation (NRC) is expected to directly employ additional 6,000 workers when the Eastern Railway Line, now under rehabilitation, would be ready for service.

Wogu spoke when he joined Chairman of the NRC Board and former national chairman of the People’s Democratic Party (PDP), Alhaji Bamanga Tukur, yesterday to perform the opening ceremony of the Technical Vocational Education Training (TVET) project for 1,605 Nigerian youths who will be engaged at the end of the training as technicians for the maintenance of the Lagos-Kano railway line.

The minister, who observed that the training was essential to ensuring sustainability of the rail transport system, said the transformation in the railway sector was long overdue.

“Just recently, we received two diesel multi-purpose units and six air conditioned coaches. By 2015, the railway will be experiencing a total boom and over 6,000 jobs will be created when the Eastern Rail is ready”, he said.

Tukur said the training, which would cut across the various departments of the corporation, is expected to equip the youths with operational, track maintenance, electrical, technical and signaling skills as well as skills to manage the trains’ mechanical apparatus and telecoms equipment on the rail routes.

Sponsored by the Subsidy Reinvestment Programme (SURE-P) under the Ministry of Labour and Productivity, the railway TVET project will lead to automatic employment for the beneficiaries who would be engaged at Grade Level Four by the railway corporation.

“I have no doubt in my mind that the beneficiaries will apply their newly acquired skills to improve the fortunes of the corporation. The NRC Board will continue to support its management in training programmes to support the ongoing railway rehabilitation and modernisation programme”, Tukur said.

“Over 5,000 young Nigerians have benefited from SURE-P training and have been employed. We are training 1000 youths at the Nigeria Institute of Building (NIOB), another 1,000 at the National Automotive Council (NAC) and now NRC is having 1605 trainees sponsored by the SURE-P, among others”, said Agwai.

“After the Eastern Rail is completed, we also intend to partner with NRC to train other people for the maintenance of that corridor. The federal government is investing much in railway for the purpose of making life easier for the Nigerian citizens. Today Nigeria railway is alive again through the transformation agenda of President Goodluck Jonathan”, he added.

Stressing the importance of training and retraining as a core programme of the current management of NRC, the corporation’s managing director, Engr Adeseyi Sijuwade said all 6,500 staffers of NRC have continued to receive relevant skills since 2010 at the Zaria, Ebute Meta and Enugu training centres of the NRC.

“NRC is currently benefiting from SURE-P in railway rehabilitation and modernisation. The Abuja to Kaduna standard guage line funded by SURE-P and five brand new 65-seater air-conditioned coaches to be received by NRC in September is also funded by SURE-P”, he said.