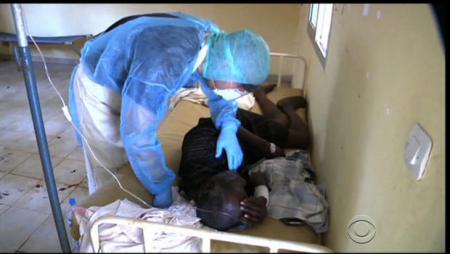 The Oyo State Government has assured the people of the state that it has taken some precautionary measures to ensure that the infectious Ebola virus does not find its way to the state.

The State Commissioner for Health, Dr. Muyiwa Gbedegesin, in a statement issued in Ibadan on Friday, said that the state government was working closely with the Federal Ministry of Health, the World Health Organization (WHO) and the Ministries of Health of the neighbouring states to prevent the outbreak of the disease.

“All the disease surveillance and notification officers in all the local government areas have been alerted and sensitized to promptly respond to the outbreak”, it said, adding that a sensitization programme had also been organized for a similar purpose.

The statement also said that public enlightenment showing how to prevent Ebola, its causes, mode of transmissions and steps to be taken in case of outbreak, had already commenced in form of sensitization of traditional healers, religious and community members, as well as through airing of jingles and distribution of posters.

The statement highlighted the signs and symptoms of the disease to include onset of fever, weakness, muscle pain, headache and sore throat, conjunctivitis, hiccups, dysphasia followed by vomiting, diarrhea and rash.

While assuring the people of the state of effective monitoring of the situation, the state government, however, urged them to take any suspected case to the nearby public health centre for adequate care.