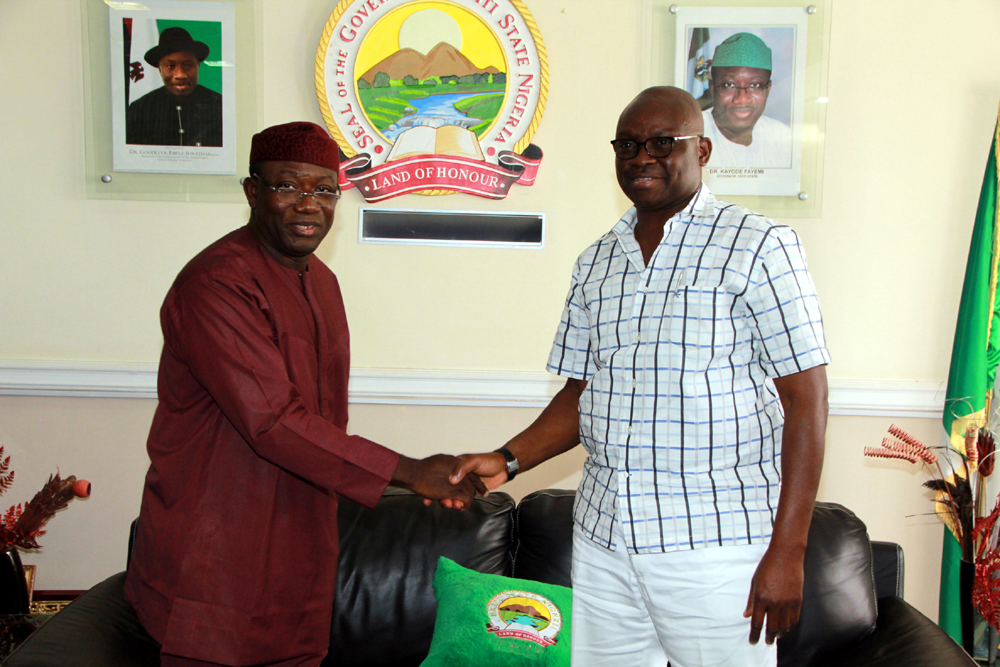 Ekiti State Governor-elect, Mr. Ayodele Fayose, has appealed to the outgoing Governor, Dr. Kayode Fayemi, not to use the funds meant for the payment of workers salaries to pay government contractors.

He stated this in Ado-Ekiti, the state capital on Wednesday, in a statement by his Chief Press Secretary, Mr. Idowu Adelusi.

Fayose, who lamented that workers were owed months of salary arrears and entitlements, pleaded that workers should not be made to suffer the financial recklessness of the Fayemi administration.

“The governor does not need to rob Peter to pay Paul. He is owing workers in the state backlog of salary arrears and he has not paid them. Instead of paying workers, the administration is focusing on paying government contractors.

“The word of God says a labourer is worth his wages and those who are working for the state must not be denied their dues. The government must not waste further time in paying these hapless workers and save their families from hunger.

“If the government is using statutory allocations and other revenue to pay contractors and the severance benefit of the governor’s appointees, then what stops the state from paying workers”, he asked.

In a counter-response, the State Commissioner for Information, Mr. Tayo Ekundayo, said he was not aware of any contractor being given top priority adding that the Fayemi administration would ensure that it pays according to availability of funds at its disposal.

He said, “We have said it several times that we have paucity of funds because of dwindling money from the federal government. Besides, the arrangement we had with banks to pay salary was thwarted by the Peoples Democratic Party. But I can assure you that we will pay according to the available funds at our disposal”.