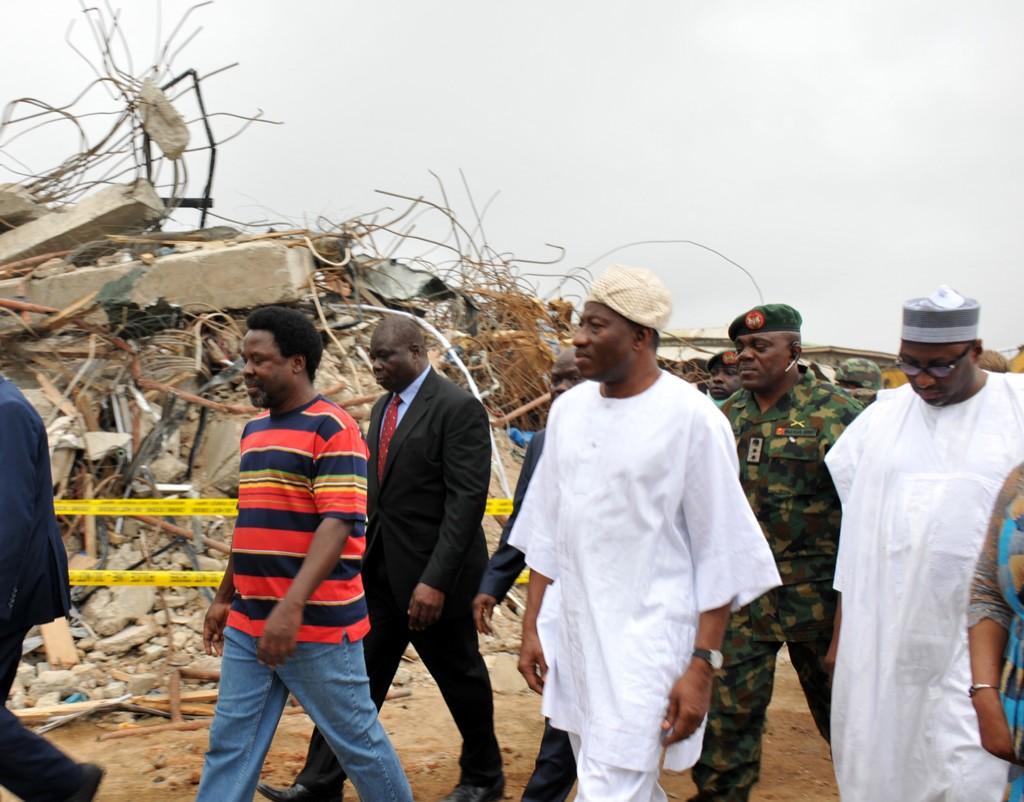 President Goodluck Jonathan on Saturday said he would convene a meeting of Nigeria’s state governors to fashion out ways of averting building collapse in the country.

Mr. Jonathan, who made this known when he visited the scene of last Friday’s building collapse at the Synagogue Church of All Nations in Ikotun-Egbe, Lagos, said it had become imperative for him to meet with the states’ chief executives on possible policies that would guide the erection of high-rise buildings anywhere in the country, to avert future collapse of such structures.

The yet-to-be-scheduled meeting will also take policy decisions on the alleged use of substandard materials in buildings and strengthening regulations concerning high rise buildings, the president disclosed.

Information Nigeria reports that 86 dead bodies were recovered from the rubble of the SCOAN building collapse and 131 rescued, according to the official figures released by National Emergency Management Agency, NEMA.

President Jonathan, who visited the scene to condole with the church and victims of the tragedy, described the incident as “very sad story and very sad incident”, even as he expressed his condolences to the Church members, the Head of the Church, Prophet T. B. Joshua and those who lost their loved ones in the incident.

He particularly condoled ‎with the South African people and their President, Jacob Zuma, whom he said he had already spoken with. Most of the victims were reportedly of South African origin.

‎According to the President, “Today when I arrived Lagos, my first port of call was where a five-storey building collapsed and 80 people confirmed dead, about 131 people were injured.

“It is a very sad story, very sad incident to us and the international community because most of the people that died in that building collapse were not ‎Nigerians. In fact about majority of them are South Africans”, Mr. Jonathan said adding: “I spoke to the President of South Africa, Jacob Zuma to first express our own sentiments and condolences to the President and people of that country”.

The building, which served as Guest House for visitors to the Church, which serves as Mecca of sorts to people seeking spiritual solutions to their problems, collapsed at about 12.45 pm on Friday, September 12.

Mr. Joshua blamed the tragic incident on a strange aircraft, which was captured on CCTV hovering very close to the building at least thrice before its collapse.