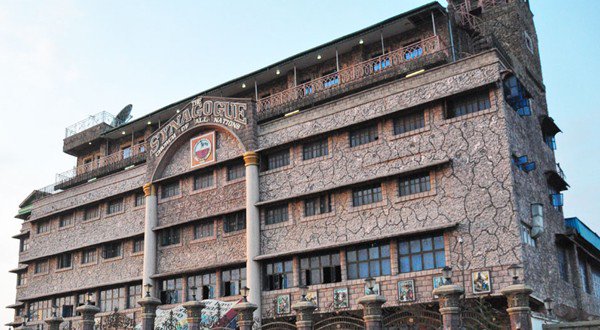 The Lagos State Government yesterday marked two building within the Synagogue Church of All Nations premises in Ikotun-Egbe, for structural integrity test.

The government declared after last Friday’s building collapse that the church did not obtain permission to raise additional structures within its premises.

It, however, added that investigations were on going.

Marked for integrity tests are one of the church’s guest houses, directly opposite the collapsed building.

The church also yesterday released a video of purported South African survivors of the mishap, who recounted their ordeal.

The survivors, Shadrack Mamzini; Thobile Bhaku; Mick Milambo and Charles Thawane from the video, attributed the unfortunate incident to the unidentified aircraft that flew over the collapsed building.

In the video recording made availbale by the church, all four purported survivors maintained their unalloyed loyalty to the church and Prophet T.B Joshua.

Meanwhile, search and rescue operations ended yesterday at the site of the collapsed building with emergency rescue agencies giving the total figure of victims removed from the building as 211 – comprising 80 dead and 131 survivors.

He said the government had commenced autopsy and DNA test on the recovered bodies.

“We have been working since the incident aggressively and round the clock. With our strategy, we were able to rescue 131 from the collapsed building and they are responding to treatment in the hospitals.

“With combined efforts from all stakeholders, we were able to retrieve 80 bodies.

“You can see that we have reached ground zero and there is nobody under here again. I can assure you that there is no one trapped here anymore. The phase of emergency we handled here is the rescue and recovery phase”.