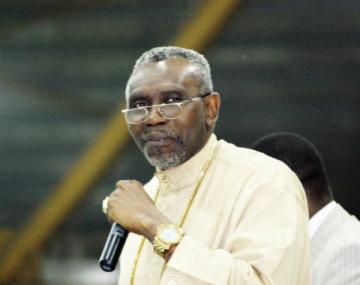 A high-powered secret panel raised by the Federal Government to unravel the mystery behind the alleged involvement of the president of the Christian Association of Nigeria (CAN), Pastor Ayo Oritsejafor and ex-militant, Mujahideen Asari Dokubo in the botched $9.3million arms deal in South Africa, has cleared both men of any complicity in the matter.

Recall that a private aircraft belonging to Oritsejafor last month conveyed some unnamed persons and cash to South Africa, with the aim of purchasing arms from the black market to help bolster Nigeria’s fight against insurgency in the North-East.

But following the seizure of the $9.3 million cash meant to finance the deal by South African authorities and the initial slow response of the government to the issue, there were widespread speculations in the media that the CAN president was a financier of insurgency in the country.

There were also speculations that one of the two Nigerians aboard the aircraft, which was briefly detained in South Africa alongside an Israeli security consultant, was the former Niger Delta militant.

But the panel, whose members’ identities were kept secret last night, said it was statutory and legitimate for the Office of the National Security Adviser (ONSA) to issue end-user certificate for arms transactions and therefore, dismissed the speculation that the deal was illegal.

According to an impeccable source in Abuja, the panel had submitted its findings to the Presidency.

PRNigeria, a media outfit with close affiliation to Nigeria’s security agencies, released a statement on Tuesday night confirming the development.

The statement said: “A Special Team, comprising security agents, intelligence experts and officials of the Ministry of Foreign Affairs has investigated the $9.3m cash-for- arms deal and submitted its report to the Presidency.

“The committee confirmed that the President of the Christian Association of Nigeria, Pastor Ayo Oritsejafor, had no connection with the transaction.

“It was true that the CAN President’s jet was used, but we found out that it was without his knowledge. As at the time in question, the aircraft was on lease. And you may be aware that the lease trend is peculiar to private jet owners in the country.

“It is the view of the committee that Oritsejafor cannot be held liable for any shuttle made by a lease firm.

“As for the manifest of the plane, the committee also discovered that the Niger Delta activist, Mujaheedin Asari-Dokubo, was not among those on board the transaction aircraft. There was no mention of Dokubo in the manifest presented during the investigation”.

The statement added: “The committee’s findings revealed that the Office of the National Security Adviser (ONSA) has the statutory and legitimate mandate to issue end-user certificate for such arms transactions. The imputations surrounding the role of the ONSA were unfounded, baseless and ill-motivated.

“The decision of South Africa to return $15million to Nigeria lent credence to the legality of the transaction. Certainly, Nigeria had no case to answer”.