Home General News World news Castro offers to cooperate with US on Ebola for the sake of...
Facebook
Twitter
WhatsApp 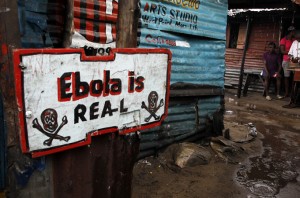 Fidel Castro says Cuba is ready to cooperate with the United States in the battle against Ebola.

The 88-year-old former leader of Cuba wrote in state media on Saturday that such cooperation would be in the interest of “the peace of the world.”

“We will gladly cooperate with American personnel in that task, and not in search of peace between the two states that have been adversaries for so many years, but … for peace in the world, a goal that can and should be attempted,” Castro wrote.

“The medical personnel who heads anywhere to save lives, even at the risk of losing theirs, are the greatest example of solidarity that a human being can offer, especially when one is not driven by material interest.”

Cuba has already sent 165 doctors and nurses to help fight Ebola in Sierra Leone and it plans to send 296 others soon to Liberia and Guinea.

Cuban officials said on Saturday that their health ministry would try to organize more aid for the affected countries in West Africa at a meeting with Cuban allies and international health organisations on Monday.

The South American county’s efforts have already brought unusual praise from US Secretary of State John Kerry, who was quoted saying that countries like Cuba had taken impressive steps to tackle Ebola.

The US, for its part, has already deployed hundreds of soldiers as well as health care workers to help control the disease. Washington has pledged to send up to 4000 military personnel to the region by the end of October.

Pentagon officials estimate Obama’s plan to tackle Ebola could cost up to $750 million for a six-month period, a figure that includes airlifting personnel, medical supplies, protective suits and temporary housing for Ebola victims.

With three cases of Ebola diagnosed in the US and dozens being monitored for potential exposure, President Barack Obama urged Americans on Saturday not to give in to “hysteria” about the virus.

“This is a serious disease, but we can’t give in to hysteria or fear-because that only makes it harder to get people the accurate information they need,” Obama said

Obama has made it clear that he will not bow to demands from some lawmakers for a ban on flights from region.

“We can’t just cut ourselves off from West Africa,” Obama said in his weekly radio address. “Trying to seal off an entire region of the world – if that were even possible – could actually make the situation worse,” he said.

British Prime Minister David Cameron said on Saturday European Union leaders should raise the amount of money pledged to fight Ebola to $1.3 billion and mobilize at least 2,000 workers to head to West Africa.

The worst Ebola outbreak on record has killed more than 4,500 people, most of them in the West African countries of Liberia, Sierra Leone and Guinea.