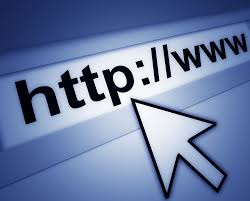 The Nigerian Communications Commission, NCC, on Thursday said that the number of Internet users on the Global System for Mobile communications, GSM, networks had increased to 70, 307, 5011 in July, 2014.

The regulatory body disclosed this in its Monthly Internet Subscriber Data, the News Agency of Nigeria reported.

It showed that from the 70,307,011 Internet users recorded in July, MTN Nigeria led the table with 35,464,669 customers browsing the Internet on its network.

According to the data, Globacom is second on the Internet usage table, recording 15,354,094 subscribers surfing the net with its network in July.

The data also showed that Airtel Nigeria gained additional 510,040 Internet users on its network in July.

It disclosed that Etisalat was last on the table with 6,925,753 of its customers browsing the internet in July, against the 6,828,671 users in June.

It said that Etisalat increased its internet users by 97,082 in the month of July.

The NCC data showed that the Code Division Multiple Access (CDMA) operators (Multi-Links and Visafone) had a joint total of 156,011 Internet users on their networks in July.

It showed that the only surviving two CDMA networks in the country listed a loss of 170 internet subscribers in July, from the 156,181 users they recorded in June.

However, Visafone on its part, the statement said, recorded an increase of 373 customers surfing the internet in July, amounting to 153,292 compared to the 152,919 users in the month of June.

The data showed that Nigerians are gradually embracing data as the next revolution in the Information and Communications Technology (ICT) sector. (NAN)