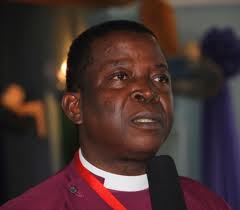 The Primate of Church of Nigeria, Anglican Communion, Most Rev. Nicholas Okoh, has appealed to the Federal Government to spare the lives of 12 soldiers sentenced to death for mutiny.

Okoh made this appeal on Friday in Abuja while speaking to journalists at the sidelines of the 2014 Anglican Communicators Conference at St. Mathias Anglican Church, Zone 3, Wuse.

The soldiers were on Sept. 16, 2014, sentenced to death by a General Court Marshal of the Nigerian Army for attempting to kill their General Officer Commanding (GOC), Maj-Gen. Ahmed Mohammed, on May 14, 2014 in Maiduguri.

Okoh urged the government to consider the soldiers’ defense and patriotic service which they had rendered to the nation.

“Military Law is a very strict law; we want to make an appeal to the Nigerian Army to tamper justice with mercy and spare their lives.

“The soldiers have invested their lives in the defense of the nation; the government should not only see their errors but should equally see the good they have done.

“So, it is left for President Goodluck Jonathan to consider that human beings can make mistakes, and also consider to forgive them”, he said.

The Primate, however, noted that the war against insurgency had consumed many people in the country, and cautioned that more should not be added to the number.

A nine-member military tribunal presided over by Brig-Gen. Chukwuemeka Okonkwo convicted the soldiers.

Eighteen soldiers were arraigned at the military court and 12 were sentenced to death by firing squad, one was jailed for one with hard labour, while five were set free. (NAN)