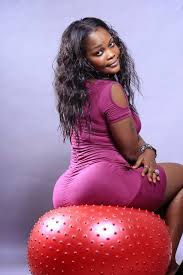 Ella Martins, a top Beninoise musician and actress has revealed to Vanguard Newspaper why it has not been easy for her to date another person after a ruling president broke up with her. According to her, she fell in love with him, but he broke her heart in the process. Here is what she said about the heartbreak.

Yes, a president broke my heart. The relationship I had with the president is a long story. I fell in love with him because he was attentive and mature. In fact the relationship made me mature. It’s not easy   dating a president. I am even working on a movie   based on that experience. Since dating the president, I found it difficult to date an ordinary person.