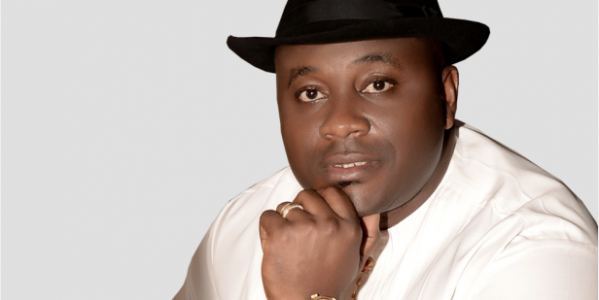 Ahead of the Peoples Democratic Party (PDP) governorship primaries slated for November 29, nationwide, one of those jostling for the party’s ticket in Akwa Ibom State, Obong Bassey Albert, has called on the governor, Dr. Godswill Akpabio, to let the people’s will prevail on the choice of a successor.

Speaking at an interactive session with journalists in Abuja, Bassey, who hails from Uyo Senatorial District said, “I have been mentored by His Excellency, Governor Godswill Akpabio being the commissioner of finance for seven years. I was part of his success story; I was part of the uncommon transformation of Akwa Ibiom State. With due respect, I have what it takes to continue where my governor stops as an insider. I am in the best position to step into his shoes. I have what it takes to take the state to the next level. My blueprint is ready and it would be unfolded in Uyo next week Thursday.

“As a human being, Governor Akpabio has the right to prefer any of us as his successor, there is nothing wrong with that but my appeal to him as a leader is to let the people of Akwa Ibom decide the next governor. He should let the internal democracy of our great party, PDP, be the method to be used to determine the next governor of the state”.

Albert recalled the roles he had played as a finance commissioner and said they were enough to help him build on the foundation already laid by the outgoing governor.

“As the commissioner of finance for seven years, I was part of the uncommon transformation in the state. I prepared and supervised the implementation of the budget for seven years. The increase in the internally generated revenue (IGR) from a paltry sum of N350 million monthly to N2 billion originated from my table, to the glory of God. His Excellency discovered me, nurtured me and I have justified the confidence he has in me”, he stressed.