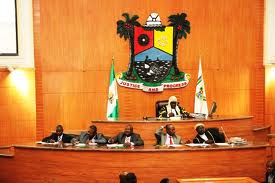 Lagos State House of Assembly (LSHA) has raised an alarm that the traffic gridlock along Apapa roads is hurting the economy of the area as business activities have declined and companies have closed down. Criminal activities have also increased in the area.

Speaking on behalf of the lawmakers, Chairman House committee on Urban and Physical Planning, Mufutau Egebrongbe lamented that authorities have neglected the area, with several roads now in deplorable states.

“Undoubtedly, the area remains a major revenue source for the nation because of the ports located therein. The major sea ports in Lagos are located in Apapa. Major importation and exportation take place in Apapa sea ports at Tincan and Wharf. These form the major sources of revenue to the Federal and state governments,” he argued, in an interview with Vanguard.

“Because of gridlock on Apapa road, most workers trek from Mile2, Berger Suya which is many kilometers way to Apapa Wharf because of perennial traffic jam with motorists occasionally passing the night on the road in their vehicles, sometimes, they are attacked by robbers,” he added.

Egberongbe noted that “The fact that Apapa has only two roads in and out is a problem. There is no alternative to those routes. So, any time there is major accident in Apapa, most road users will be trapped.”

He therefore called on authorities to take action and save Apapa.