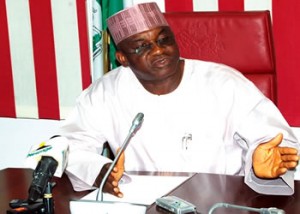 Niger State Governor Muazu Babangida Aliyu has apologised to the Senate President, David Mark over the unruly behaviour of a lawmaker representing zone A of his state.

The lawmaker was said to have attacked the Senate President during the rowdy session at the National Assembly on Thursday which led to the shut down of the Two Chambers by the Mark.

In his reaction, Aliyu described the action of the lawmaker representing the State at the Lower House as “despicable, notorious and dishonourable for a Lawmaker,”

“We must understand that leadership comes with maturity and scrupulous disposition to issues. We in Niger state are indeed shocked by his woeful conduct and I therefore apologise to the Senate President for the embarrassing conduct,” the Niger governor said.