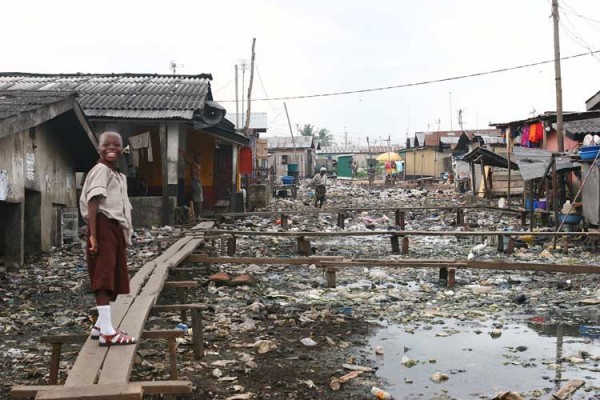 According to the report which puts the percentage of Nigerians living in poverty at 43.3 per cent, Bauchi State has the highest percentage of people living in extreme poverty, followed by Kebbi State.

The Oxford Poverty and Human Development Initiative (2014) “Nigeria Country Briefing”, which measured multidimensional poverty index (MPI) for Nigeria noted that 19.3 percent of the population remained vulnerable to poverty while 25.3 percent of Nigerians live in severe poverty.

OPHI is an economic research centre within the Oxford Department of International Development at the University of Oxford, United Kingdom.

A person is identified as multidimensionally poor (or ‘MPI poor’) if they are deprived in at least one third of the weighted indicators including years of schooling, school attendance, child mortality, nutrition, electricity, sanitation, water, floor, cooking fuel and assets. These 10 indicators are grouped under three dimensions; education, health and standard of living.

Nigeria’s 10 poorest state, according to the report are: 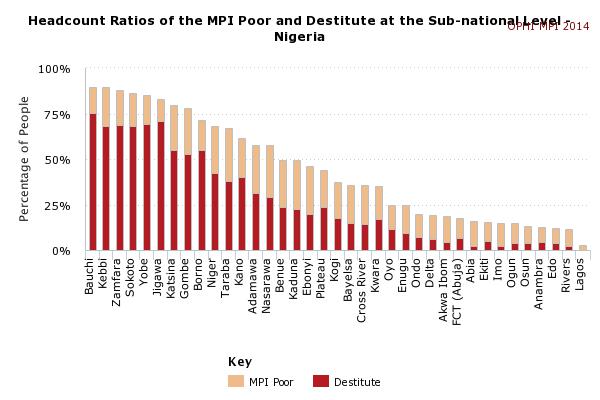 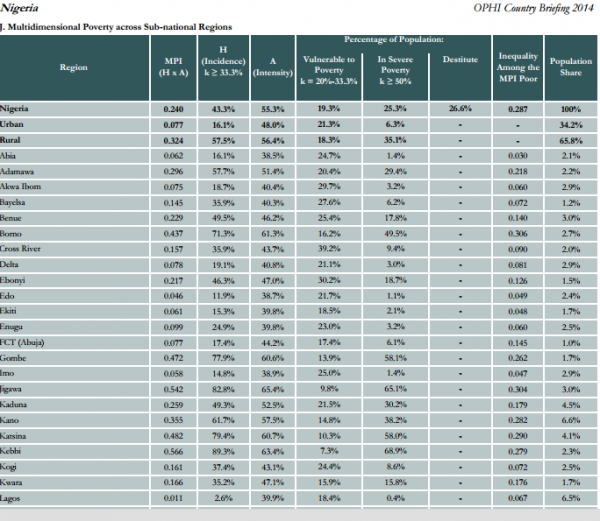