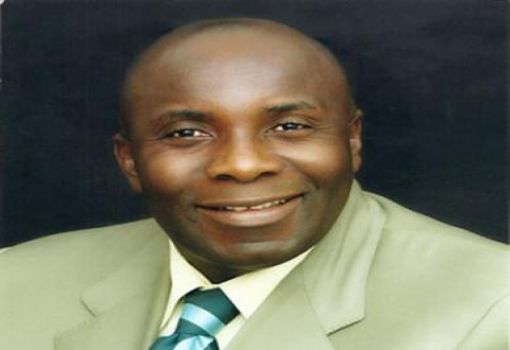 Governorship aspirant of the All Progressives Congress, APC, in Akwa Ibom State, John Udoedehe, has threatened to defect to the Peoples Democratic Party if the party fails to cancel the result of its governorship primaries in the state.

Udoedehe, however, said he would explore options to substantiate his calls for the cancellation of the APC governorship primary, before he concludes on dumping the party for PDP.

Addressing journalists in Uyo, the state capital on Thursday, Udoedehe said the defection of the former Secretary to the Akwa Ibom State Government, Mr. Umana Umana, from PDP to APC might spell the end of APC in the state.

He added that he had to walk away from the recently concluded governorship primaries of the APC because he (Udoedehe) did not want a repeat of what happened in 2011.

Mr. Umana later went on to win the APC governorship primaries in the state despite just defecting to the party less than a week before the exercise was conducted.

Udoedehe’s anger stems from the use of option A4 for the primaries, which he argued was alien to the APC constitution.

He said, “I will pursue all internal mechanism to resolve the problem but if the party remains adamant to corruption and fraud, I will dump it for PDP.

“I am not moving to PDP for now. It is not going to be a personal decision; many of our followers will meet and decide on a way forward for the interest of our group.

“The way forward will mean moving to PDP and it will also mean that we have to choose between one evil and another evil.

“I believe that APC has the ability to resolve internal crisis and Akwa Ibom State cannot be an exception. If the party decides to do otherwise, then I can take a decision”.

The aspirant also denied that he had been paid N500m by Governor Godswill Akpabio to move from APC to PDP, describing it as a speculation aimed at tarnishing his image.

You may recall that thugs loyal to Udoedehe invaded the Uyo Township Stadium, venue of the APC governorship primaries, and made away with all the election materials except ballot boxes.

Udoedehe was allegedly angry that Umana was allowed to contest the primaries.

However, following consultations with the national executive of the APC in Abuja, chairman of the Governorship Primaries Committee in Akwa Ibom, Mr. Ahmed Safio, decided to use Option A4 to conduct the primary.