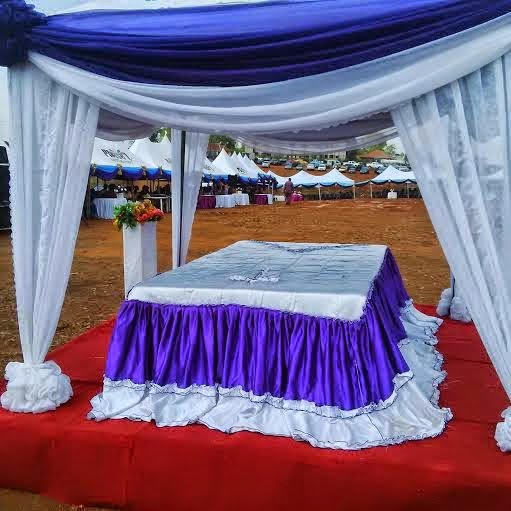 The younger Nwobodo died on November 16 of cancer.

Leadership Weekend reports that two younger brothers of the deceased (Chukwudi and Uso) kept the corpse away from the reach of anybody when it became apparent that their father was adamant on interring the remains of his first son within the compound of a new bungalow he built in his honour.

It was also gathered that Chukwudi and Uso, Jim’s surviving two sons from Mukosolu, his first wife, argued that if their elder brother was buried outside their father’s expansive house at Amaechi Awkunanaw, they could be denied the right to inherit the family house.

It was gathered that before yesterday’s embarrassing incident, concerned elders of Amaechi Awkunanaw community had pleaded with the Nwobodos to resolve their differences amicably to no avail.

When Chief Nwobodo reportedly concluded plans to bury his late son outside the family compound to the disapproval of his two other sons, they secretly drove to the mortuary and removed the corpse of their late elder brother to an unknown place.