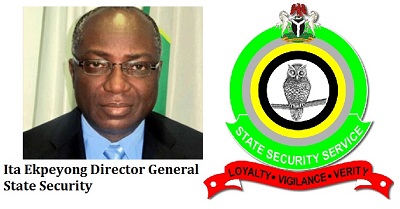 The Department of State Services, DSS, has said it is creating the right and conducive environment for the successful conduct of the 2015 general elections.

The service said it will not allow divisive politicians and terrorists to derail the nation’s democracy or undermine national security during the exercise.

The Director-General of the service, Ekpeyong Ita, who stated this during the graduation ceremony of Executive Intelligence Management Course, on Saturday in Abuja, pointed out that the DSS has trained its personnel and senior executives of other government agencies and equipped them with requisite knowledge, exposure and expertise to ensure a safe and stable environment in which the political processes can find a full expression.

He said, “I want to commend our graduands for their commitment and dedication to this programme. Your graduation is coming at a time when politicking ahead of 2015 general elections has reached its crescendo.

“This course has equipped you with requisite knowledge, exposure and expertise to ensure a safe and stable environment in which the political processes can find full expression”.

According to Ita, in response to prevailing threats to national security, the DSS has engaged in comprehensive measures to combat the security challenge through continuous human capacity building, extensive intelligence collection programmes, and collaboration with stakeholders both within and outside the country.

“Our intelligence collection efforts have made threat indicators more explicit and are also geared towards ensuring the success of government policies and programmes”, he added.

In the past five years, the DG said the agency had recorded modest achievements, stressing that the government, public and other stakeholders have shown obvious approval of the service’s efforts to ensure a safe, stable and indivisible Nigeria, a feat he attributed to the officers and men of the security service.

He maintained that Nigeria is on the path of growth and development, adding that “no machination by uninformed terror elements, or unscrupulous politicians with divisive tendencies and other criminal elements shall succeed against the collective will of the people to remain united”.