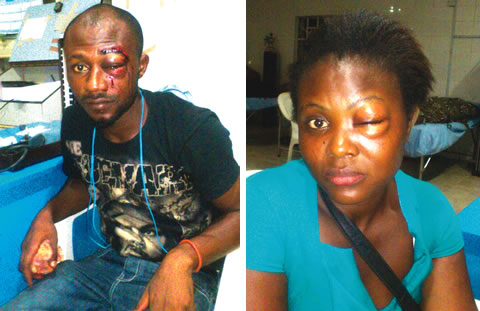 The Inspector-General of Police, Mr Suleiman Abba, has ordered a full scale investigation into the alleged torture of a couple at Ikoyi in Lagos State.

The order is contained in a statement issued by Mr Emmanuel Ojukwu, an Acting Commissioner of Police and Force Public Relations Officer, in Abuja on Thursday.

The statement stated that the attention of the Police High Command had been drawn to the alleged “incivility”.

It stated that the order was in line with Abba’s avowed commitment to protect and uphold the human rights of all Nigerians and foreigners alike.

“The officer involved has been identified and is already undergoing administrative trial.

“All other officers whose conduct did not speak well on the incident are also being sanctioned, preparatory to further necessary action”, it stated.

It restated the determination of the police to abide by the contents of its newly launched Human Rights Practice Manual, stressing no abuse of human rights would be tolerated in the force. (NAN)