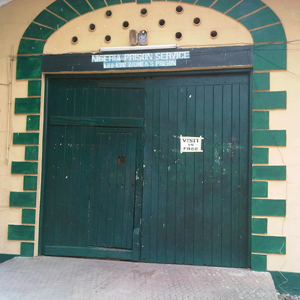 According to a statement issued in Abuja by the Public Relations Officer, Nigeria Prisons Service, Ope Fatinikun: “The Minister of Interior, Comrade Abba Moro, has approved the recommendations of the Controller General of Prisons, Dr. Peter Ekpendu, for the immediate removal and suspension of the following officers pending the outcome of Investigation on the jail break at the Medium Security Prison, Minna.

“(A) The Controller of Prisons, Niger state Command, Musa Maiyaki

(C) All other Officers on duty on 6th December 2014 when the jail break happened.

“Meanwhile, the Controller General of Prisons, Dr Peter E Ekpendu, also ordered the immediate transfer of 55 officers and men of the Zonal and state Headquarters Minna to Medium Security Prison, Minna and Old Prison Minna to beef up security in the two prisons”.