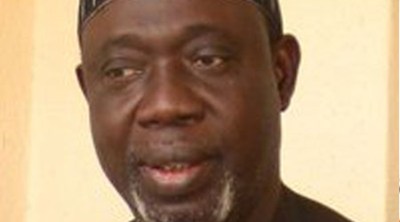 Immediate past chairman of the Federal Character Commission (FCC), Prof Shuaib AbdulRaheem, has regretted some of his actions during his tenure as Vice-Chancellor of the University of Ilorin (UNILORIN), particularly the widely publicized issue of the sacked 49 lecturers of the institution.

The Supreme Court reinstated the sacked lecturers in 2009 eight years after the then VC approved their disengagement from the institution.

Prof AbdulRaheem, who is also a governorship aspirant under the platform of the Peoples Democratic Party (PDP) in Kwara state, spoke to reporters in Ilorin, the state capital.

The professor of literature, who likened himself to a pediatrician, added that everybody had learnt his mistakes in the saga

He said; “And you will find out that since all of those years there hasn’t been any such crisis. No Vice Chancellor has come to face the kind of crisis I faced because everybody has learnt their mistakes. So it is good that it happened but it is regrettable that lives have been stagnated because of that, but again, the reversal has healed the wounds and I hope it will help to heal the wounds by stopping people to refer to that and make them look at the positive things that came out of that disagreement.

“The issue of the University of Ilorin (UNILORIN) is a past event, but of course, because it affected human beings it will continue to recur. It is only the negative mind that focuses on the negative things. Human being live and learn every day, we had cause to disagree with those gentlemen not because it was personal it was in defence of the institution to which we had sworn to uphold its integrity.

“If along the line something happened and some people had to be sacrificed momentarily that was not borne out of my personal animosity or anger at them it was because that what the regulations of the university showed me at the time.

“But the law of the land reversed that. So one minus one is zero, they got one we got one. In any case they are back at work and they are still doing well. In fact, they found a more peaceable conducive environment for themselves to live together with others.

“If you say somebody was hurt I compare my public posture with that of a pediatrician who cares for babies, to whom ten mothers have brought sick children and he has applied his skills to cure nine then one died and the mother goes haywire and says the world is going to fall apart. For me, I don’t see that as a problem.

“I am grateful I have been able to cure nine, so inevitably one had to die. Sometimes we win some and lose some that is what life is all about. Don’t let us keep going all over to the past especially the negative parts of the past. That is my take on the UNILORIN saga”.