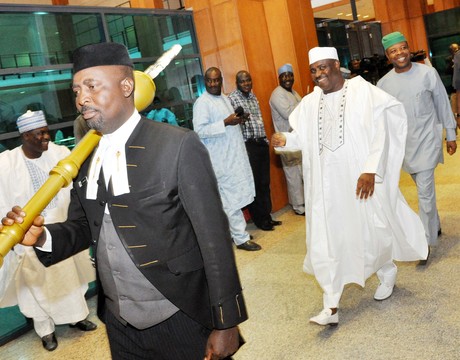 The Chief Sergeant-at-Arms of the National Assembly has been put in charge of the security of the complex in a bid to forestall a repeat of the November 20 incident with policemen. He had since deployed his men to the major entry points.

The Speaker of the House of. Representatives, Hon Aminu Tambuwal, and his fellow lawmakers were teargassed by the police who also barricaded the main entry point into the complex on November 20. The lawmakers had convened an emergency session to discuss the extension of state of emergency in Adamawa, Borno and Yobe states before the police action.

A source stressed to Vanguard that “the role of the police is supposed to be supplementary and it is not mandatory but what happened that day was a complete negation of the office of the Sergeant-at-Arms.

“We will not allow such a thing to happen in this parliament again, it was an abuse and a slap on us,” he said.