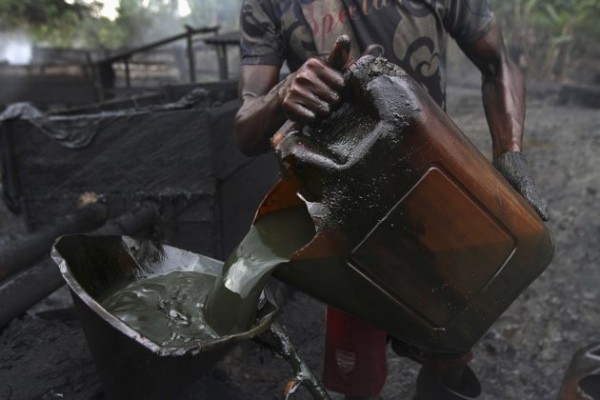 Two women have been arraigned before a Federal High Court in Lagos for vandalism and theft of petroleum products.

Iyabo Dunyinle and Patience Pemi, who both reside in Alayo Village, along the Lagos-Ibadan Expressway, are standing trial on a two-count charge bordering on theft and vandalism of petroleum products. They however pleaded not guilty to the offence.

The prosecutor, Mr. Daniel Apochi told the court that the accused committed the offence on November 9, at about 5a.m.

According to him, they were apprehended by the police on a tip off, and about 11, 000 litres of petrol, which they allegedly extracted from a vandalised pipeline in the locality, was recovered from them.

Their counsel, Mr. Yemi Ajao, however applied orally for their bail and the trial judge, Justice Okon Abang obliged, admitting the accused to bail in the sum of N1 million each, with one surety each in like sum.