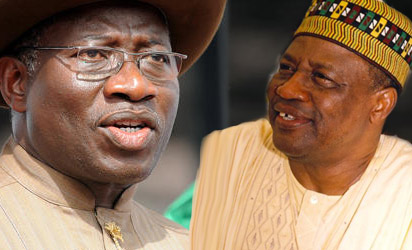 Former Military President Ibrahim Badamosi Babangida (IBB) has compared how he left Nigeria in 1993 to the way things are now and declared himself a saint.

Babangida, who spoke in an interview published in the December 2014 edition of Zero Tolerance Magazine, a publication of the Economic and Financial Crimes Commission (EFCC), also explained why he toppled the government of Gen Muhammadu Buhari in 1985 coup.

Widely believed to have institutionalize corruption in Nigeria, IBB, in his reaction, said, “Yeah I know. Maybe I have to accept that, but anybody with a sense of fairness has no option but to call us saints. I think my government was able to identify corruption prone areas and checked them.

“I don’t have the facts but if what I’m reading in the papers is currently what is happening, then I think we were angels. In a year I was making less than seven billion dollars in oil revenue, in the same period there are governments that are making 200 to 300 billion dollars. With seven billion dollars, I did the little I could achieve: with 200 billion there is still a lot to be achieved,” he said.

Commenting on reports that $12 billion Gulf war windfall was stolen, the former president said it was used to build infrastructure in the country, such as Abuja, the country’s capital and the third mainland bridge in Lagos.

“I built Abuja. Today we have a brand new capital, we used that money. I gave you a third mainland bridge, Lagos; you cannot build it now for all the money Nigeria is making. And what did it cost me? 500, 600, 700 million naira,” he said.

He further dismissed allegations of corruption, saying he was the most investigated president in the country’s history and no one had been able to indict him.

“Let me tell you something, I have been the most investigated president Nigeria has ever had. By now somebody should have come forward to say here it is. Every government that came after me investigated me because of that perception. Because they wanted to retrieve the billions I stole,” he said.

Explaining why he staged a coup against Buhari in 1985, Babangida said coups are usually a response to the yearnings of the people.

“It wasn’t fertile, thanks be to God, in December, 1985 when the first attempt on me was made, neither was it fertile in April 1990 when the second attempt was made and we had the support of all of you sitting down here.

“You write, you analyze, you talk, and you demonstrated. It was not unusual then to hear, in the case of the democratically elected government in 1983; a common phase was ‘the worst military regime is better than this government’.

“So you were giving us the impetus to stage a coup. We are not dummies, if we didn’t have the support of all of you we wouldn’t venture into it,” he said.