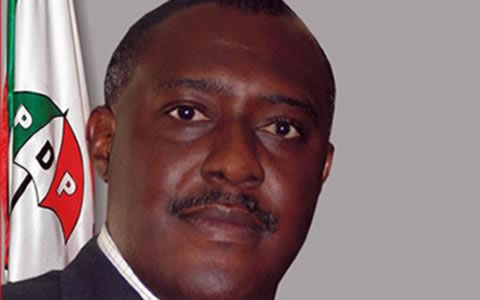 The Leadership of the Peoples Democratic Party, PDP, has deplored the senseless killing of innocent citizens in Baga and Maiduguri in Borno State by terrorists and called on Nigerians to declare one month of prayers for the over flowing troubles from greedy Nigerian politicians.

The party also decried last Saturday’s unprovoked attack on President Goodluck Jonathan’s campaign vehicles in Jos, Plateau state capital, describing it as a barbaric act that should be condemned by all lovers of democracy.

In a statement on Sunday by its National Publicity Secretary, Olisa Metuh, the ruling party said the agenda of sponsors of the various violence in the country is to provoke revenge and counter attacks, but called for restrain from all quarters adding that “the nation cannot afford any kind of tension at this stage of its political development”.

The PDP said it remains committed to peace and as such directed all its members not to retaliate despite the provocations.

“The PDP is totally committed to the unity and peace of our dear nation. This is paramount and must not be compromised. Those who seek to use violence to truncate the electoral process and destabilize our nation will be utterly disappointed. Our country will continue to be and the
2015 general elections will come and go peacefully”.

The PDP then called on the law enforcement agencies to rise up to the challenge and bring to book all those behind the condemnable act so as to serve as deterrent to violent prone youths and their sponsors.

“Our prayer is that God should keep Nigeria from being ruined by the over flowing troubles of greedy and corrupt politicians; and our future being marred on account of personal or sectional interest. We urge every Nigerian therefore to include the peaceful conduct of the 2015 general
elections in their prayers for 30 days, beginning from the 15th of January.