American hip hop female artiste, Nicki Minaj recently shared a shocking revelation about herself which many of her fans never knew. 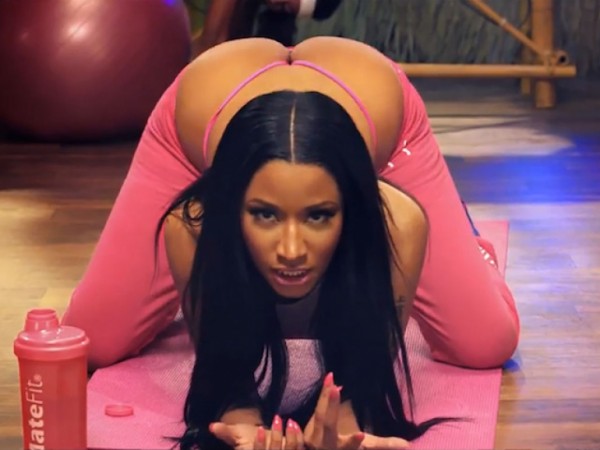 In an interview for her new MTV documentary, Nicki Minaj disclosed that she used to steal bread when she was working as a waitress.

The 32-year old rapper – who was once fired from her job as a waitress at Red Lobster after following and swearing at a customer who took her pen into a car park – has admitted she used to take advantage of her position in an eatery by taking food without paying for it to eat during her younger years.

Speaking in the trailer for her new MTV documentary, ‘My Time Again’, which goes behind the scenes of the making of her latest album, ‘The Pinkprint’, she is seen telling her dancers: ‘When I was a waitress we had to steal bread and eat that.’


The ‘Moment for Life’ singer also admits she endured an ‘emotional rollercoaster’ while recording her third studio album, and has struggled to come to terms with her fame since becoming successful.

She said: ‘I did not know that this album would entail an emotional roller coaster.

‘No one could prepare for this business. Until you are in it, you really can’t wrap your brain around it.’

Despite struggling to deal with the pressures of fame, Nicki reveals towards the end of the trailer that she relished pushing herself to breaking point while recording an album.

She said: ‘Every human needs to push themselves to the point of breaking sometimes. If you never break, you never know how much pressure you can take’.

In 2014, Nicki Minaj was ranked as the richest female hiphop artiste in the world by renowned magazine outfit; Forbes Magazine.