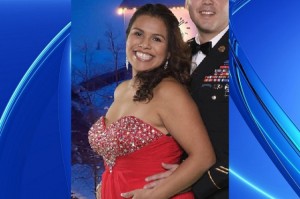 A 29-year-old mother was arrested on charges of attempted murder after she allegedly slashed the throats of her three young children in order to keep her house quiet for the satisfaction of her husband, police in Washington said. DailyMail reports:

Olympia Police said that they arrested Christina Booth, after being accused of trying to kill her 2-year-old child and six-months-old twins.

According to the police investigation, the mother was on medication for postpartum depression at the time of the incident.  Booth’s husband, Thomas, was home when the children were attacked, but police believe that he was not involved in the incident.

The incident came to light early on Sunday morning, when emergency services were called to the home. Paramedics who arrived at the scene, found the children suffering from life-threatening stab wounds. Christina Booth admitted to stabbing her children, and told officers that she had been having a really tough time as a mother. She also said that her husband gets very upset when the children cry. The children were rushed to a nearby hospital, where they underwent life saving surgery.

Tags from the story
Mother Slashes Her 3 young Children's Throats to Keep Her House Quiet, Mother slashes throats of her 3 young children to keep her house quiet for her husband
1
Facebook Twitter Pinterest
Google + LinkedIn Email