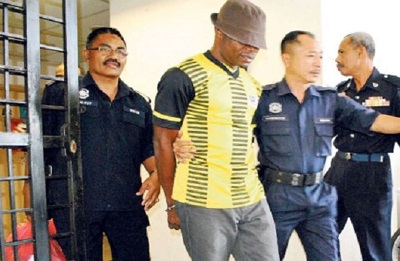 The Minister of Foreign Affairs, Aminu Wali, on Sunday in Abuja summoned the Indonesian
Ambassador to register Nigeria’s protest over the execution, by firing squad, of two Nigerians.

It said the Nigerians were executed for drug offences at the Island of Nusakambangu in Cilacap, Central Java Province, in spite of appeals by the Federal Government.

“The executions were carried out despite persistent pleas for clemency made by the federal government, including the National Assembly.

“The executions had taken place against the grain of the excellent relations that subsist between Nigeria and Indonesia.

“Thus, the foreign minister has summoned the Indonesian Ambassador to register Nigeria’s protest”.

It strongly appealed to the Indonesian authorities to exercise clemency for other 12 Nigerians on the death row in that country.

According to it, also executed with them were two women, one each from Indonesia and Vietnam, two Brazilians, and one Dutch national.

The statement said the federal government had expressed sympathy and condolences to the families of the deceased.

It also appealed to Nigerians to desist from drug trafficking which attracted capital punishment in Indonesia and in many other countries.

It said it would continue to engage the Indonesian authorities to negotiate and conclude a Prisoner Transfer Agreement.

The statement said the agreement might enable other convicted Nigerians to return home to serve their prison terms.

Indonesia, like Nigeria, is yet to abolish the death penalty although drug offences do not carry capital punishment in Nigeria.