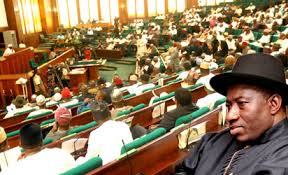 The House of Representatives, yesterday, said it would probe the allegation made by the Department of State Services (DSS), that the All Progressives Congress (APC) had planned to hack into the data base of the Independent National Electoral Commission (INEC).

To this end, the House resolved to set up a high powered committee to investigate the allegation and report back to the House in two weeks.

Deputy Majority Leader, Rep Leo Ogor, PDP, Isoko Fed Constituency had under Matters of National Importance raised the motion entitled: ‘The unauthorized and alleged hacking into the INEC Data Base.’

In his submission, Ogor argued that “the INEC is vested by the Nigerian constitution with the responsibilities to carry out the functions of conducting elections into elective positions in the country.” Therefore, “the DSS allegations relating to the alleged plan to hack into the INEC data base is a very serious allegation.

“And that the allegations coming at the heels of an election period calls for concern that should not be treated with levity.”

Ogor pointed out that the INEC Data Base may contain highly sensitive data, which if compromised, could smear the integrity of the forth coming elections.

Speaker of the House, Aminu Tambuwal put the ensuing debate to a voice vote and it was unanimously adopted.

The House also asked INEC to allow Nigerians who had temporary voters cards and their names were in the voters registration list vote. This is to ensure that no eligible voter is disenfranchised.

In a motion sponsored by the Minority Leader of the House, Femi Gbajabiamila, APC, Surulere Federal Constituency, entitled ‘The use of Temporary Voters’ Card for elections,’ he expressed concern that the general elections being just four weeks or 31 days from now, it is very unlikely that the commission will be able to distribute the permanent voters’ cards to all registered and eligible voters before the elections.

“If the current position of the commission (that only voters with the permanent voters’ cards are qualified to vote) is not addressed, many registered and eligible voters will be disenfranchised in the 2015 general elections to the detriment of the growth of democracy in Nigeria.”