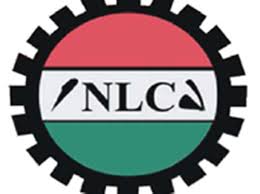 The National Executive Committee of the Nigeria Labour Congress will meet next Wednesday to review the botched election of the congress and fix a new date for the poll.

The NLC General Secretary, Dr. Peter Ozo-Eson, said in a statement made available to journalists in Abuja that a printing error spotted in few ballot papers by way of duplication of names scuttled the election.

The statement came on the heels of an allegation by the president of Medical and Health Workers Union and one of the presidential candidates in the election, Dr. Ayuba Wabba, that there were plans to scuttle the election even before it commenced.

He insisted that the credentials committee which produced the ballot papers should be held liable for the incident, saying his team is ready for the election whenever a date is fixed.

The General Secretary said: “The voting process, the last item on the agenda, commenced peacefully and in an orderly manner on Wednesday, February 11, and lasted through the night. However, on the morning of Thursday, at exactly 8:45am, a printing error was spotted in a few ballot papers by way of duplication of names. This error affected four candidates, two each from opposing camps.

“As regrettable as this error by the Credential Committee is, its degree was insignificant and could have been resolved amicably by way of vote invalidation. However, this was not to be as some delegates who held the view that the entire process might have been corrupted, reacted sharply. This led to the suspension of the exercise.

“The National Administrative Council of the Congress swiftly met a few hours later and resolved to convene a meeting of the National Executive Council on Wednesday, February 18, for the purpose of fixing a new date for the election”.