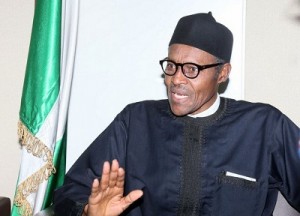 Presidential Candidate of the All Progressive Congress (APC), Muhammadu Buhari, today assured the Nigerian media of press freedom if he wins the 2015 presidential election.

Speaking at an Interactive Session with the Nigerian Press Organisation (NPO) in Abuja, Buhari said the infamous Decree 4 of 1984 which was used to clamp down on the media when he was head of state was one of the things that come with military rule.

“Dictatorship goes with military rule as do edicts such as Decree 4,” he said, adding, however, that he is “now a converted democrat, who is ready to operate under democratic norms.”

“I give you my full assurances that the Nigerian media will be free under our APC government. I also want to use this opportunity to appeal to you to use your media outlets in shaping positive public discourse and eschew hate speech mongering and slanderous political rhetorics which heat up the polity for the sake of peace and stability of our dear nation,” he said.

The former head of state also urged journalists not to relent in their role as watchdogs. He also advised them to continue to be the voice of the people. “The health of Nigeria’s democracy rests partly on you. Without a robust and thriving media, the masses would have no voice.”

He also noted that the media would give the electorate sufficient information that will help them to make sound decisions, “such as deciding to vote out a clueless government and vote in CHANGE.”

Buhari expressed appreciation to the newsmen for for the role you have played in advancing our country’s democracy thus far and heeding his invitation to the special meeting with key stakeholders in the Nigerian media.