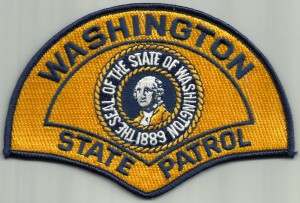 Detectives said they made an easy auto theft arrest when a suspect drove a stolen Audi to a Washington State Patrol office in Bellevue. Investigators revealed that a man driving Wednesday in Issaquah noticed the modified red Audi at the side of a road and recognized it from a Facebook post on a page about stolen cars in the Pacific Northwest. UPI has more:

“This particular car had a lowered suspension and some really nice looking wheels,” the witness, who gave his name as Mat, 22, told KING-TV. “I think one of my friends shared it on the page,” he said. “And being a car guy, and because of the car’s unique modifications, I was able to put two and two together and call 911.”

Mat said he watched the man spend about a half an hour attempting to alter the VIN number on the car at the side of the road. He called 911, but was told police were busy on an unrelated call. “They told me you can either leave or continue to follow the vehicle at your own discretion, and I thought to myself that if it was my car, I would really want someone to do the same for me,” he said.

Mat said he followed the car to its next destination — a Washington State Patrol office in Bellevue. Police said the 36-year-old suspect had been in custody a few days earlier on drug charges and was visiting the office to collect some personal items.